Cat Becomes Leader for a Flock of Lambs 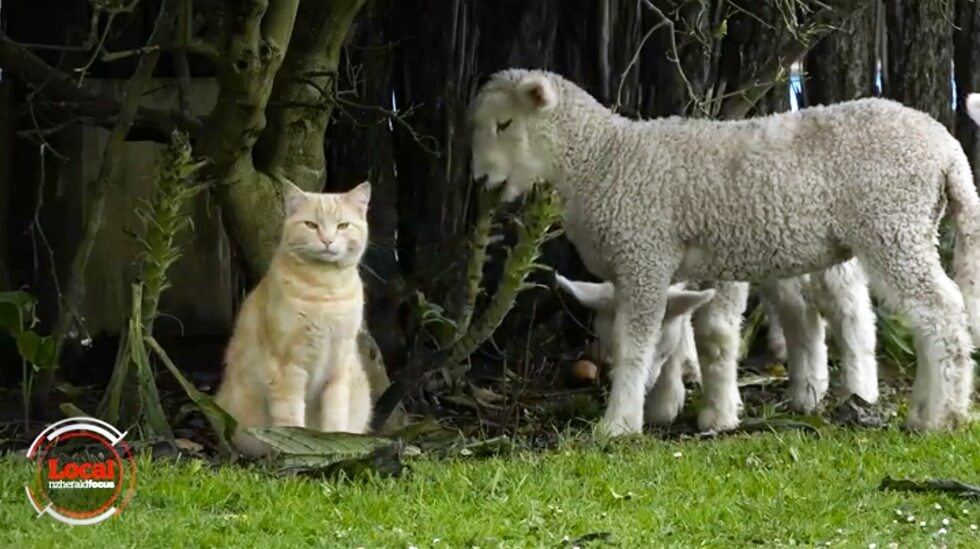 Steve is an orange tabby cat, with a strong following!

Here in New Zealand, Steve has a flock of lambs that are extremely loyal to him.

Steve the cat began his life as a typical, indoor pet.  When his family decided to adopt a bunch of baby lambs, the cat saw his opportunity to lead a more exciting life.

When Steve’s owners, Amanda Whitlock and partner, originally took in the lambs, they were greatly in need of a leader.  Steve quickly stepped up to the plate, becoming the official leader of the pack!

Steve will wander around the yard, and the lambs will follow him to and fro.  No matter what he’s doing, all the lambs need to know.

A video was posted in order to delve deeper into this story, and gain knowledge on Steve’s rise to power.