Deer Stops In Gift Shop with Her Family

When everyone is shopping for gifts during the holidays, this mother deer decides to show up and do some shopping too. 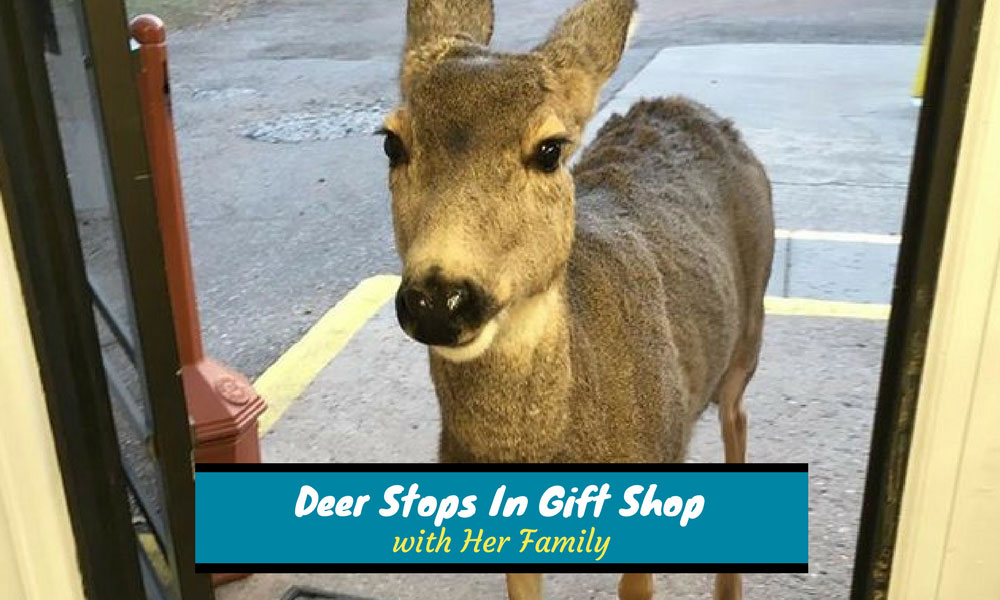 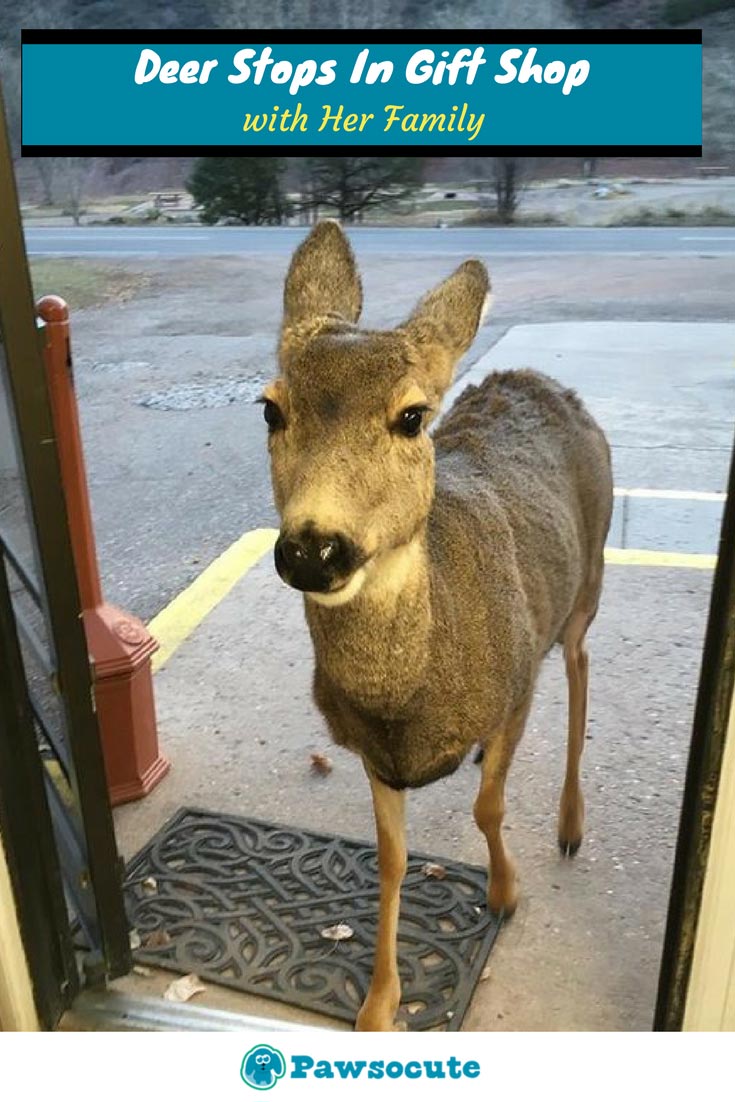 Lori Jones is an employee at the Horsetooth Inn and RV Park’s gift shop. Despite being at the bottom of the Rockies in Fort Collins Colorado, run-ins with wildlife are nothing usual.

So when this mother came through the door, it definitely stood out!

This wild doe waltzed into the shop during the week, much to Jones’ surprise. Once inside, the deer looked around like any other customer.

“It was hilarious,” Jones told The Dodo. “She was looking at the sunglasses and the chips. I was laughing so hard.”

While Jones knew the deer as the mother of a local family often grazing outdoors, she never expected to see the deer entering the store.

Jones assumed the deer must have ended up in the shop by mistake. When trying to lead the deer out with a peanut bar, she realized she had been mistaken.

“About 30 minutes later, here comes the deer again with her whole family,” Jones said. “I’m in the office doing inventory, and I come out to find her there. This time she brought back her twins and this one young buck that she adopted.”

The kids waited at the door, as requested by Jones.

It was as though deer had come to do some holiday shopping with the family. Jones didn’t want to encourage wild animals in the shop, so she tried again to lure the family away with a peanut bar.

Once the family was out in the field, Jones gave everyone a bite to say thanks for their compliance.

Jones clapped her hands to get everyone back in the forest. “Take your children home,” she called out as they scampered away.

“It was just a lovely thing to see,” Jones said. “The population of wildlife here is just astounding. We have mountain lions, bighorn sheep, deer, raccoons — you name it. They have to fend for themselves. That’s nature. But I think they’re all wonderful.”