A stray dog in Ridgeview, West Virginia who accidentally got his head stuck in a jug for eleven straight days and was down on his luck... until this unlikely hero showed up. 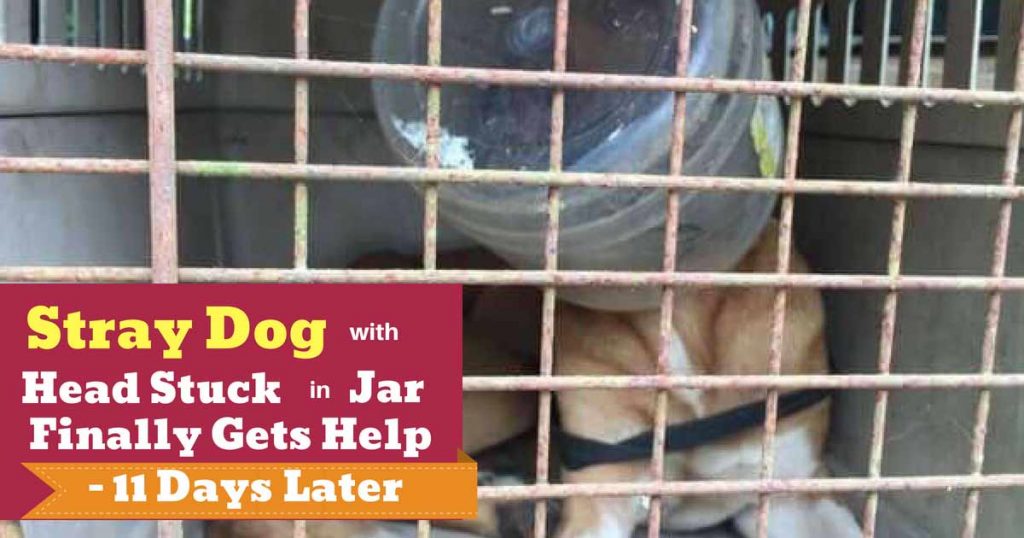 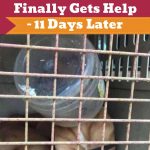 Recently, a stray dog in the town of Ridgeview, West Virginia was attempting to find food when he accidentally put his head in a large plastic jug for cheese balls. Not able to pull his head back out of the plastic jug, the innocent dog was left to suffer from the jug on his head for 11 straight days.

Thankfully, help arrived in the form of a postal worker who saw the stray on their mail route. The good Samaritan called Eva Kordusky, the president and rescue coordinator for the Boone Animal Rescue Coalition (BARC). Eva tried to catch the dog by setting up a humane trap, but soon realized that tactic wouldn’t work. “Since he had that jug on his head, he couldn’t eat, he couldn’t drink, he couldn’t smell, so the trap didn’t work,” Eva told the Dodo.

For days, the dog continued to go without water and food. A local dog lover, Nikki Bell tried to catch him too, with no luck. “She was very instrumental in organizing a search party. They went out on Thursday night and were able to discover that he was in a garage,” Eva shared.

The dog, presumably trying to find some sort of shelter, was found laying in a local man’s garage. The automatic garage door was slow and loud and the terrified dog would run out of the garage when the rescuers tried to the lower the door.

“We almost had him twice, but he didn’t want to be caught, and it was just amazing that even after having his head stuck in that thing for 9 or 10 days, that he had that much strength to just plow through,” Eva said.

The stray kept returning to the garage and so the rescuers decided to get creative.

“They went out again on Friday. We … knew that he was in a garage. One of our volunteers took a roll of chain-link fencing that we laid in front of the garage where we knew he was hanging out. Then Saturday morning, while he was sleeping …. they slowly crept up [and] put that fencing up. Then the homeowner pulled the garage door shut, and we had him contained,” shared Eva.

“He was scared to death. He felt very vulnerable with that jug on his head, and didn’t know what these humans were all about. Another volunteer — she’s a vet tech, so seasoned with working with uncooperative animals — was able to get that slip lead around his neck, and she brought him a large crate,” Eva continued to share.

The vet tech rushed the dog to the clinic, where after 11 days, the jug was finally removed from the dogs head.

The dog, aptly named Jughead, is now in the care of Eva as a foster where he will stay until he has recovered from other medical issues, such as Lyme disease and anemia.

Jughead’s personality is starting to shine now that he is off the streets and he is now searching for his forever home.

“He’s a happy-go-lucky dog. He likes people, he likes to meet new people. He’s super friendly. He knows how to sit and give his paw. He takes treats nicely,” said Eva.

If you’re interested in adopting Jughead (or know of someone who is), you can contact Boone Animal Rescue Coalition (BARC) for more information!