It’s a question humans and dog owners have asked for a long time: Why do dogs howl? 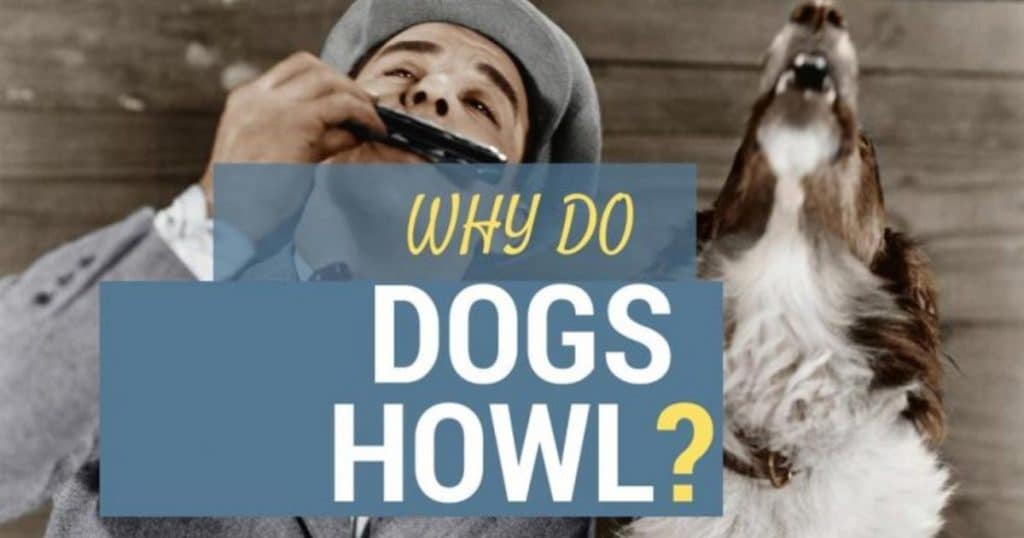 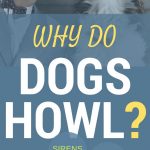 Why do some dog breeds howl and some don’t?

It can be a little scary when your dog starts to howl, especially if you don’t know why. Is he okay? Is it normal? Should you be concerned?

To begin to understand why dogs howl, we must first understand that they are descendants of the wolf. Wolves are the most well known howlers of all. The howling of domestic dogs is much akin to wolves, but there are some differences.

Many people hold to some age-old superstitious beliefs that a howling dog means imminent danger. These thoughts are actually rooted in beliefs that date back centuries, in many different countries.

In Egypt, for example, the god of the dead was Anubis, who was depicted in drawings and sculptures, as having the head of a dog and the body of a man. When a dog howled in Egypt, it was believed that Anubis was calling a soul to himself.

The Irish believe that a particular pack of ghost dogs ride across the night sky, leading hunters. They are hunting the souls of the dead, and the dogs howl as they go.

In Norse mythology, Freyja was the goddess of death and was believed to drive a chariot pulled by cats as she came to collect a dead soul. A howling dog, to a Norseman, meant that dogs were sensing their natural enemies and Freyja’s approach (1).

Much as wolves have done throughout history, dogs howl as a means of communication. For wolves, the howling was used to mark their territory, to locate other pack members they had become separated from, and to call other pack members together. Dog’s reasons, while somewhat different, stem from this behavior.

Dogs howl to communicate different things. They might howl to get your attention. Since you are often viewed as the pack leader, howling could be an attempt to illicit a response from you.

Howling to tell other dogs where they are is another reason for howling. They want to let these dogs know they are marking their territory and are probably willing to defend it. To the contrary, sometimes they howl as a means of acknowledging another dog’s presence nearby (2).

Howling In Response To Sounds

You might find that the thing triggering your dogs episodes of howling are sounds that are odd to him. Dogs often howl in response to ambulance sirens, fireworks, music, and even other dogs howling. They usually stop howling when the offending sound comes to an end.

A dog’s hearing operates on a much wider range than that of a human. Because of this, they can hear sounds from farther away or that might be above or below our own ability to hear. These sounds often appear to them as another dog howling from some distance away, due to the frequencies that they hear.

Howling In Response To Medical or Psychological Reasons

Loneliness also causes some dogs to howl. They recognize you, their owner, as their pack leader and often howl to get a response out of you when you leave the house.

If they get no response from you by howling, they will sometimes continue to howl as a result of separation anxiety. If you hear from a neighbor that your dog is howling excessively while you are out, this could be the reason. If this is the culprit, it will probably be accompanied by another marker for the disorder, such as destruction of property, pacing or elimination.

If your dog continues to howl more than usual, and none of the above factors are present, it could be time to visit the vet. Dogs sometimes howl if they are in pain or are sick and might need medical intervention (4).

How To Stop Howling Behaviors

When howling is a result of how dogs feel about something, they can often be helped by desensitization and counter-conditioning. This comes in handy for behaviors such as separation anxiety, fears and phobias.

However, these measures are somewhat complex and it can often take months before you see viable results. Training with an animal behaviorist must take place several times each day, moving forward in small increments. The dog trainer should be a professional, preferably Certified Applied Animal Behaviorist or a certified veterinary behaviorist (5).

If the howling is due to noise that happens frequently, such as sirens in an inner city, conditioning can work well. Giving treats while the dog is quiet is one such measure, as is using some soothing measure while the noise is happening.

While it can be considered controversial, some people choose to use a bark control collar to inhibit the howling behavior. This works by administering a shock when your dog howls, which surprises him and makes him stop. Over time, most dogs stop the behavior to avoid the shock.

Howling can happen as a result of many things. Whether it’s some superstitious belief, a form of communication, or a medical condition, it can often trouble us. Stopping the behavior is important to most people, but how that is accomplished can vary from owner to owner.

We’d love to hear from you! If you have questions, please drop them in the comment section below so that we can address them.

If your dog is howling: 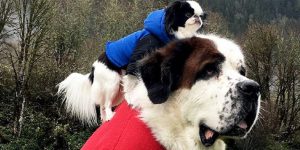 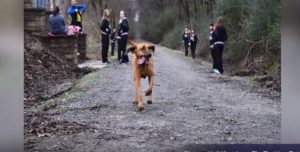 This Dog Was On A Potty Break When She Suddenly Found Herself Running A Half Marathon!