Pakita was searching for a home for two years. 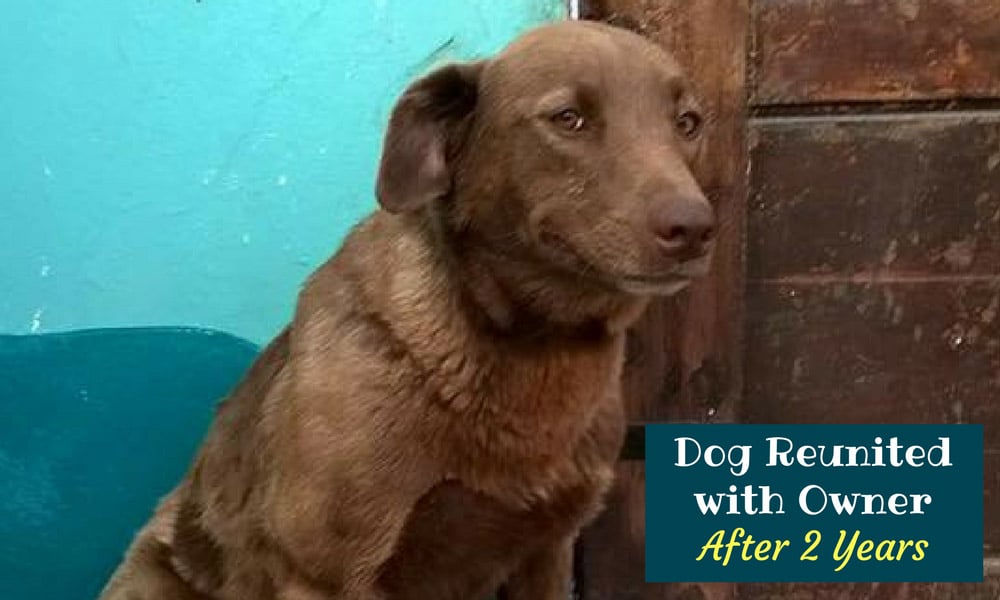 Pakita was deemed a stray and was left at Argentina’s Arca Animal refuge by the person that found her.

Silvia Ferreyra, a volunteer at Arca Animal, took in the dog lovingly – however, Pakita was feeling sad and avoided socializing. Because of this, those looking to adopt looked right past her.

“People prefer puppies,” Ferreyra told The Dodo. “So, for two years, she stayed with us.”

Unfortunately, Pakita did have a home and a family. Her owner spent these two years missing her dog.

Because of Pakita’s sorrow, getting a picture of her was challenging. She would often try to avoid looking at the camera. No matter how many loving and compassionate people tried to pet her, she would back away.

No matter the difficulty faced, Pakita’s caretakers worked hard to increase the chances of adoption. Once a decent picture was finally taken, it was posted online.

“Immediately, we get a message from a woman saying that the dog was her son’s and that he had been looking for her!” Ferreyra said.

Ferreyra’s son, Ariel Naveira, did not know what to believe after two years of separation. Could it really be Pakita?

When Naveira came to see the dog, she knew it was her lost pet.

With all of the time elapsed, it was hard for Pakita to feel comfortable with her old owner’s presence. It was so unusual for a new person to consider her adoption, so the situation felt confusing.

Something changed the moment Pakita could smell the familiar scent of her old owner. Suddently, Pakita was consumed with joy.

“From that moment there was no doubt,” Ferreyra said.

“It was beautiful,” Naveira told The Dodo, looking back on that moment. “I was sad to lose her, but to get her back was spectacular. There are no words to describe it.”

A year has passed since Pakita has returned to her owner – and she is still just as happy as she was the first day they reunited!

“We are super happy,” Naveira said.

Jonathon the Raccoon Gets Adopted by a Senior Dog