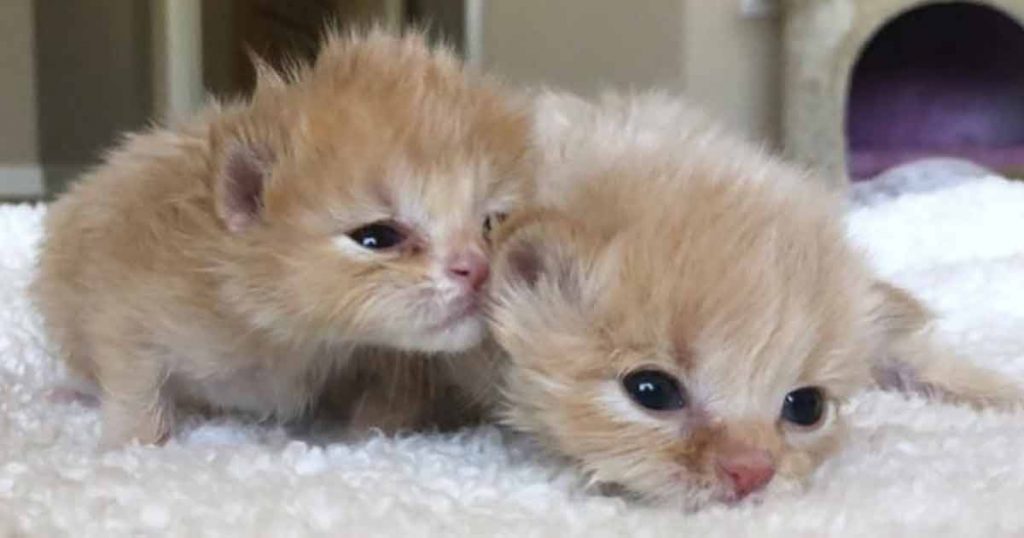 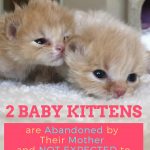 At less than a day old, 5 ginger kitten siblings were found abandoned in Phoenix, Arizona.

Fighting Against the Odds

“They were diagnosed with panleukopenia that was likely from their mom and that’s what caused her to abandon them,” Melinda Blain of Bottle Baby Fosters told Love Meow.

Panleukopenia is highly lethal in young kittens. Although it is rare today, it was once a common disease in cats. Melinda decided she would do whatever she could to help these defenseless babies survive.

“Unfortunately, three of them weren’t strong enough to make it,” Melinda added.

The two surviving kittens, Pippi and Dexter, were fighters. Melinda needed to tube-feed them constantly to ensure they were receiving vital nutrients. She also kept them warm and cuddled with them every chance she could.

“They had a tremendous will to live! Pippi was the runt of the litter and was the strongest fighter and Dexter has always been a total sweetheart,” Melinda told Love Meow. “I could tell that they were going to be all right once they started purring again and exploring their surroundings, and it was about two weeks after their initial diagnosis.”

While Dexter graduated to bottle feeding, Pippi still needed to be tube-fed. Melinda couldn’t help but marvel at their different, yet equally amazing, personalities.

“Dexter is the biggest baby of the gingers and has the strongest appetite. He also is the purriest after food time and loves snuggles.”

While Pippi is the adventurous explorer of the two. Eventually, she was strong enough to stop tube-feeding.

“She is totally off the tube now as well and has perfect poop. Pippi was always the smallest and weakest of the gingers, but she has done an amazing job of fighting panleukopenia and is through the worst of it.”

Due to the amazing obstacles this duo has had to face together, Melinda wants to adopt them out together. They are so bonded to one another.

“They’re super sweet with each other and they are going to be adopted together once they’re ready!”