“I never met an animal so loving and so happy and so resilient.” 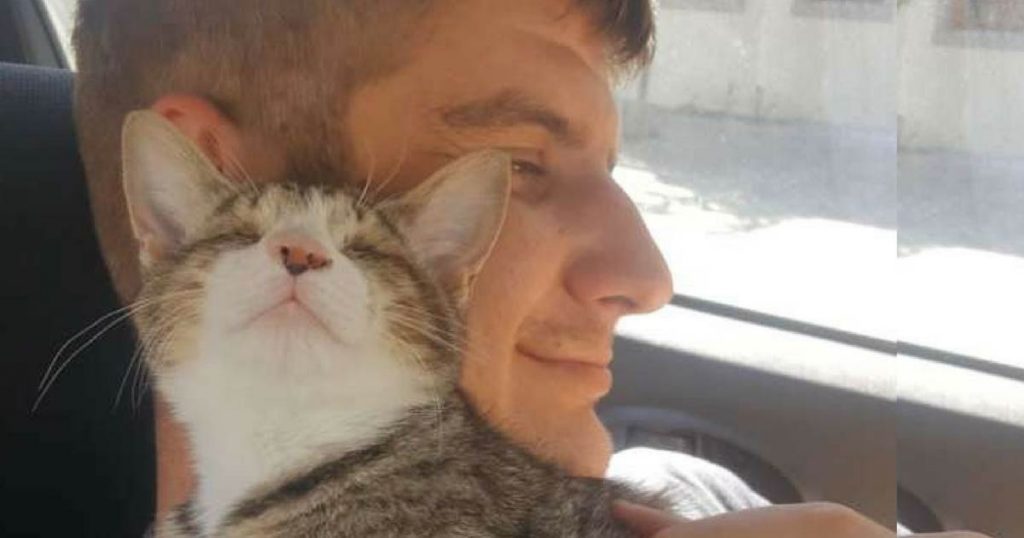 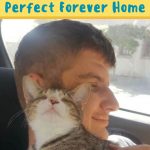 June was found by a member of the community, and her mother was believed to have been killed. Holly Gilbert-Jones, a volunteer for DARG told The Dodo, “There were no brothers or sisters.”

The DARG volunteers instantly noticed that June was blind, but thankfully, June doesn’t know any better as she was born this way. “She obviously has no understanding or idea that she was any different than any of the other cats,” Holly said to The Dodo. “She would be zooming up and down the hallway.”

Holly became June’s foster and had nothing but positive reviews about June. Holly explained to The Dodo, “There’s something about her. It’s like she radiates this joyful energy from her. Everyone who sees her just kind of falls in love. She has this gift of winning people over.”

Soon enough, sweet June was spotted by Andrew Duff and Rebecca Warner via a Facebook post, and the rest is history. The couple decided that they were adopting her right away.

When Andrew and Rebecca went to meet little June, they knew they were right in trusting their gut. She was perfect!

Sweet, little June instantly bonded with Andrew. “She just curled into his neck and stayed there,” Rebecca told The Dodo. “On the way home, I got a little tag that said ‘Daddy’s Girl’ because I realized, ‘Well, that’s it. He’s become hers.’”

As with many new adopted pets, it was now time to meet the rest of June’s fur siblings. Rebecca and Andrew had two other cats, Leia and Leeloo.

“We were a little bit worried about June integrating with them, and the first couple of weeks, there was a lot of hissing and chaos,” Andrew explained.

Thankfully, with June’s sweet (but persistent) nature, it was only a matter of time before the two other cats warmed up to her.

“She was determined to be with them, and was very persistent about playing with them,” Rebecca said. “Now they’re very much sisters, and they love each other.”

June is loving her new home. She has amazing parents and siblings and even gets to go outside on a leash and harness. You would never guess that this courageous little girl is blind!

“She’s braver than our other two cats. Despite the fact that she can’t see, she just goes. She leaps off things and figures things out. We’ve taken her on holiday before, and within a couple of minutes, she’s completely mapped the new space. When we take her for walks, it’s amazing to see her react to sounds,” Andrew explained. “She’ll hear a bee around the flowers, and she’ll leap at it. Or she’ll hear birds and suddenly turn.”

Spread the word to help other kittens get their loving forever homes just like June did!