That’s When He Decided To Take Action… 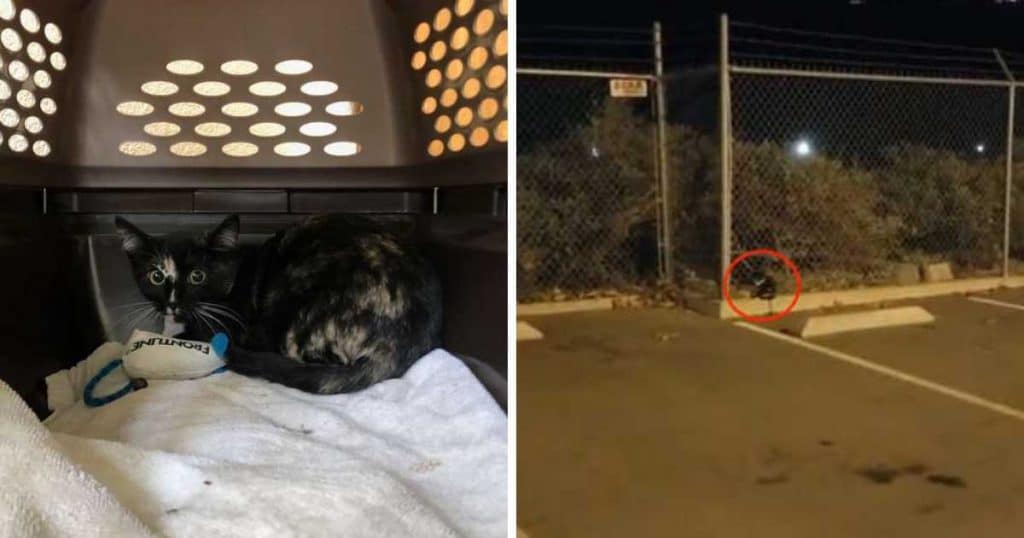 Brandon Lesky loves animals. In fact, he loves them so much that he immediately started to feed a stray mother cat and her kittens when he found them outside of his office.

He works at a news station, generally at night, and he noticed that the cats looked hungry and scared. There was a point where he saw the mother and other kitten were not coming back and there was one kitten left behind.

The kitten, later named Momo, would walk around the news station’s parking lot and yard. Lesky noticed that the other employees would try pet it and feed it and so he thought he would continue to feed the kitten too.

The kitten seemed very scared of people, but she would get close enough to eat the food left for her.

The employees at the news station were pretty upset when they received an email telling them that feeding the cat was a health hazard and they needed to stop it immediately.

Lesky decided to take some action.

Lesky had been thinking about adopting a pet and thought this was the perfect opportunity. He decided that he would take the kitten home. He was able to safely catch the kitten and bring her to a new loving home.

He began to call her Momo.

She didn’t like her new home very much and was still very scared at first. She would hide under furniture and hiss. But Momo slowly began warming up to her new home. “It seems like she wants to like people more than she does, but something is stopping her,” Lesky told The Dodo. “She didn’t look battered when I got her, but we figure she may have had a bad run-in with a human at some point.”

He says that she is still skittish around people, but she seems extremely happy. “She’s quite shy, but if you can get her to start purring, she won’t stop,” Lesky told the Dodo. “She’s the epitome of a lazy cat. She’ll scratch at the post I got her and play when I pull out one of her toys, but otherwise, she’s asleep on her blanket underneath one of the end tables in my room.”

He says that she is still skittish around people, but she seems extremely happy. She likes to play, purr, and most of all, sleep. He stated “She’s the epitome of a lazy cat. “ Momo is doing great and loves her new home.