“He is one of a kind, and you will never find another with a personality like his.” 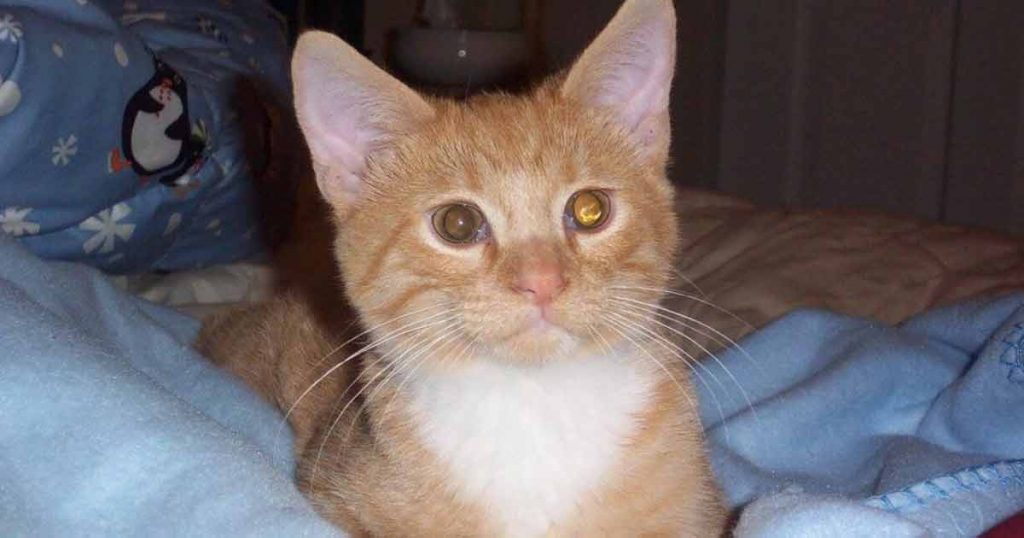 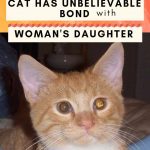 “He fought with everything he had to keep me from closing the cage after hours sitting on the floor with him. I was attached immediately and decided that I would take a risk and try hiding a kitten in my college dorm where animals are obviously not allowed,” Erin told Love Meow.

So Erin adopted Bailey and brought him back to her dorm room. Within a week, Erin was caught and told that she had 48 hours to remove the cat from her dorm room.

Erin told Love Meow, “I was heartbroken. My parents already had a dog and two cats at home, and they were not about to take another one in.”

After tons of research and phone calls, Erin found an 80-year-old woman who was willing to adopt Bailey. Erin was devastated but knew she found a good home for him.

Shortly after rehoming Bailey, Erin found out that he wasn’t getting along with the older woman’s other cat. The older woman had decided to rehome Bailey once again, and Erin leaped at the opportunity to take him back. Thankfully, it was winter break.

“I plotted for a month to convince my parents to let me keep him. Mom finally gave in. Dad never said yes but I won and got my way,” Erin told Love Meow.

The rest is history.

A New Addition to the Family

Soon enough, Erin was pregnant with a child. She noticed that Bailey loved snuggling up on her pregnant belly and hoped that he would accept his new baby sister. Erin was concerned “But it was love at first sight, and I captured some darling photos of her as a newborn with him,” Erin told Love Meow.

Bailey and Abby had an immediate bond. Wherever Abby went, Bailey was nearby. He would snuggle with her and watch her constantly.

One day, Abby picked up a book to read, and Bailey immediately plopped down to listen. It was as if he loved hearing the stories. He would nuzzle her chin and look at her admiringly. He was also a really attentive listener, making him a great tool for Abby to learn to read.

Soon, Erin was pregnant with another girl, and it was as if Bailey knew! He cuddled up right on Erin’s belly, as if to tell her he was ready for yet another sibling.

Sure enough, he adored his new baby sister Hannah.

His inseparable bond, however, still lies with Abby. He lays down with her at naptime and sits with her to read every single day.