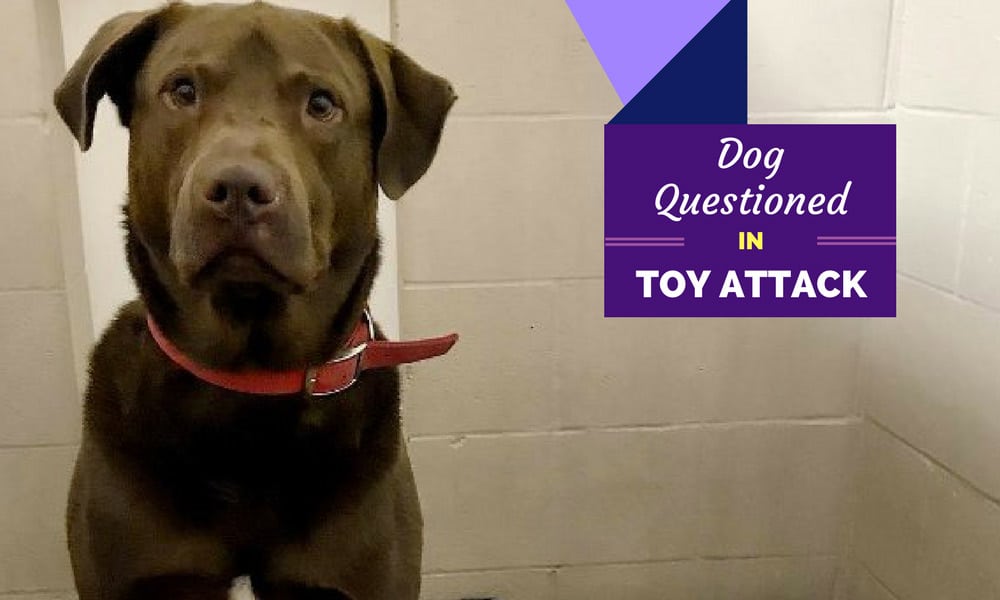 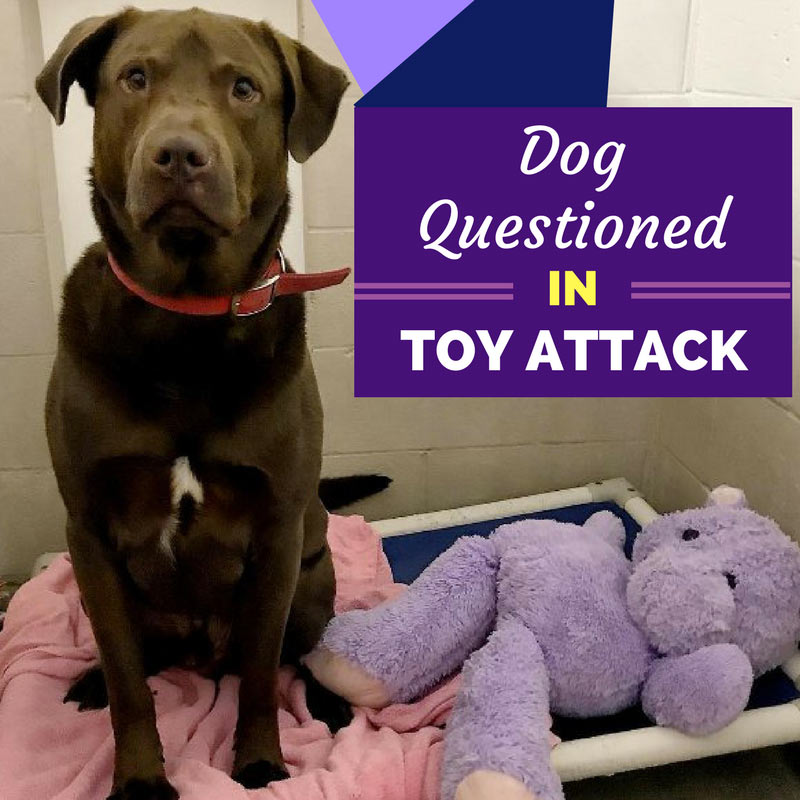 The story of Hank and his toy became viral when suddenly, Fuzzy Purple Hippo was struck by violence. Everyone wanted to know – who did it? 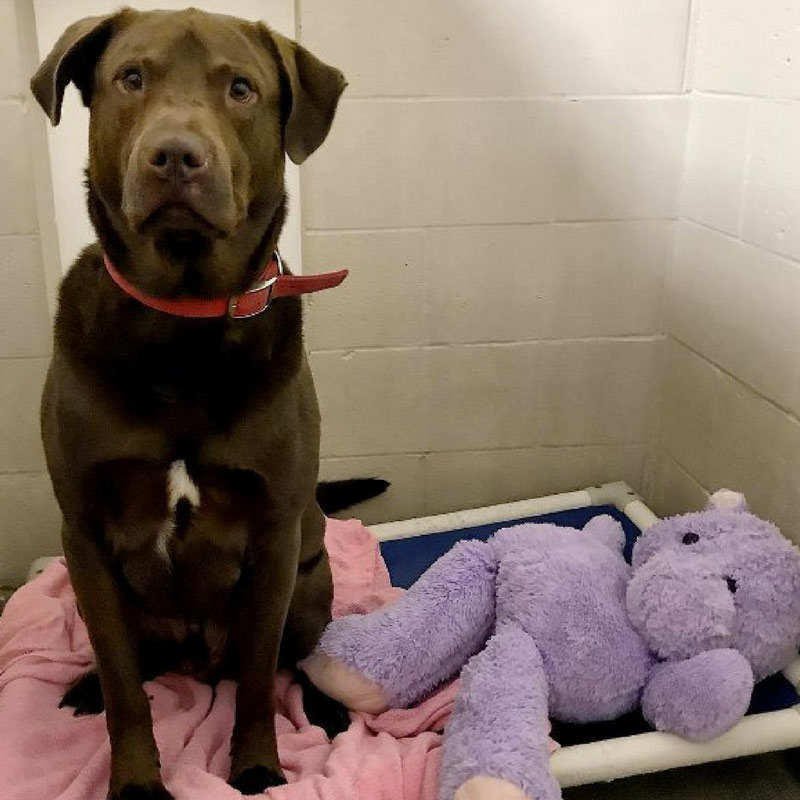 Staff at the shelter found Fuzzy Purple Hippo in critical condition – but thankfully she was found just in time to be saved.

“Dr. Laura is currently performing life-saving surgery to repair the near-decapitation,” the shelter wrote. “Details of the incident which caused the injury are murky, as Hank is refusing to answer our questions. (Yes, we have tried sternly asking, ‘What did you DO??’ But he only looks away with a guilty look on his face.) Please keep the Fuzzy Purple Hippo in your thoughts.” 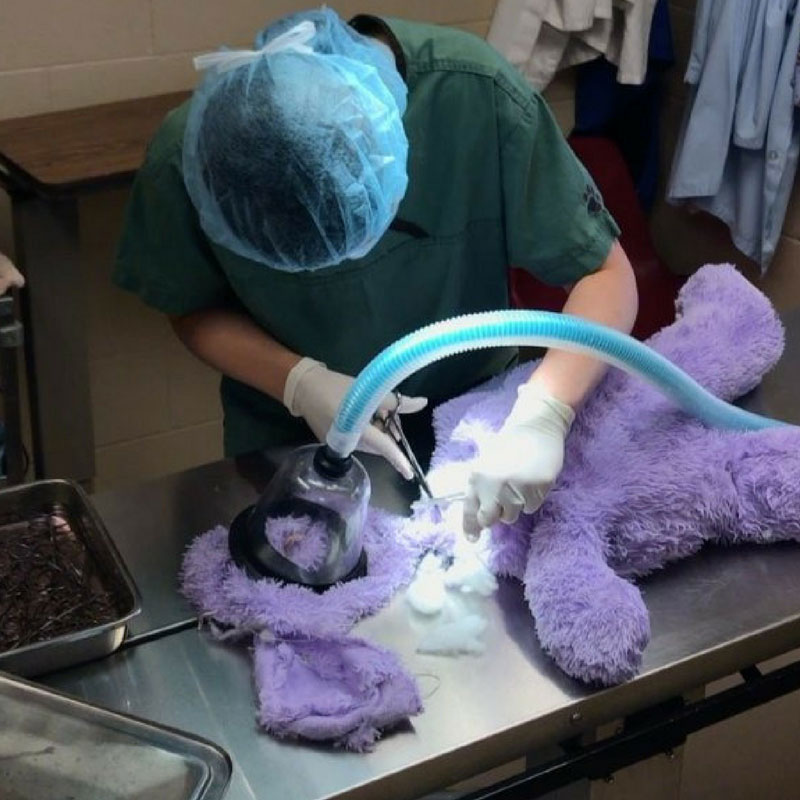 After the surgery on Fuzzy Purple Hippo, she had lost a great deal of stuffing. To ensure no further damage, she was given a cone of shame. 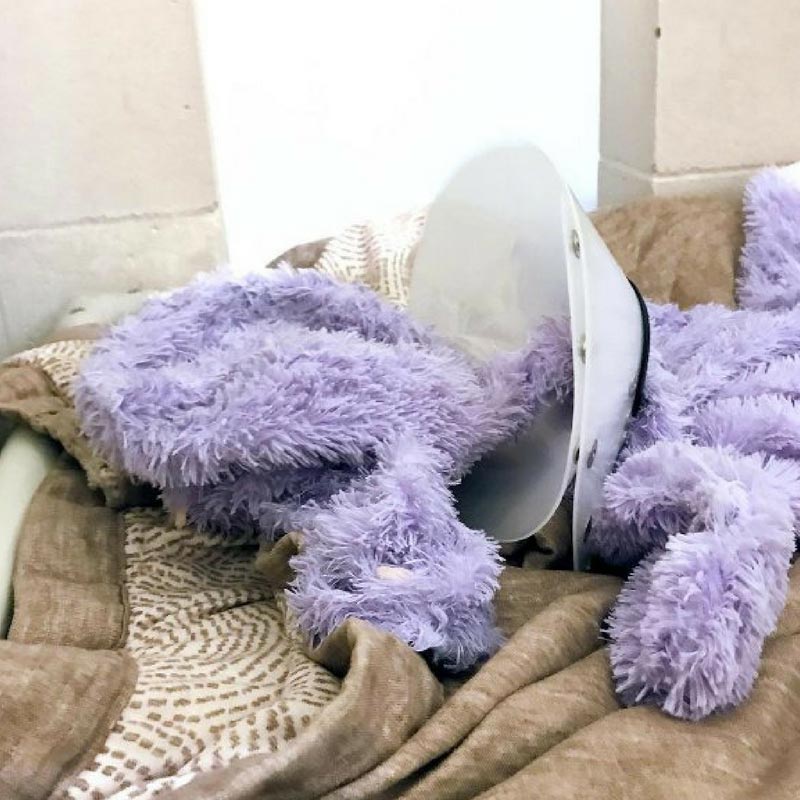 “She is groggy from pain medication and her demeanor seems a bit flat, but we are hopeful for a full recovery,” reads an update from the shelter.

After investigating, it seemed Hank was guilty. 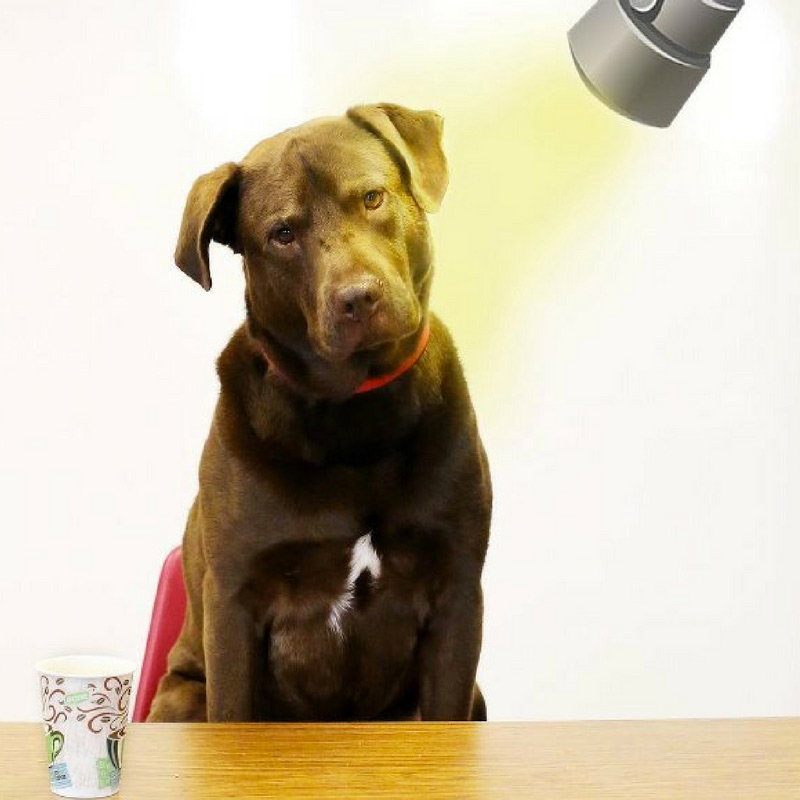 “Since yesterday’s casual questioning brought no results, Hank was brought in for a formal interrogation into the assault of his companion, the Fuzzy Purple Hippo,” the shelter wrote. “As of 11:00am Hank’s jowls remain firmly closed regarding the incident.”

Fuzzy Purple Hippo had even been interviewed. 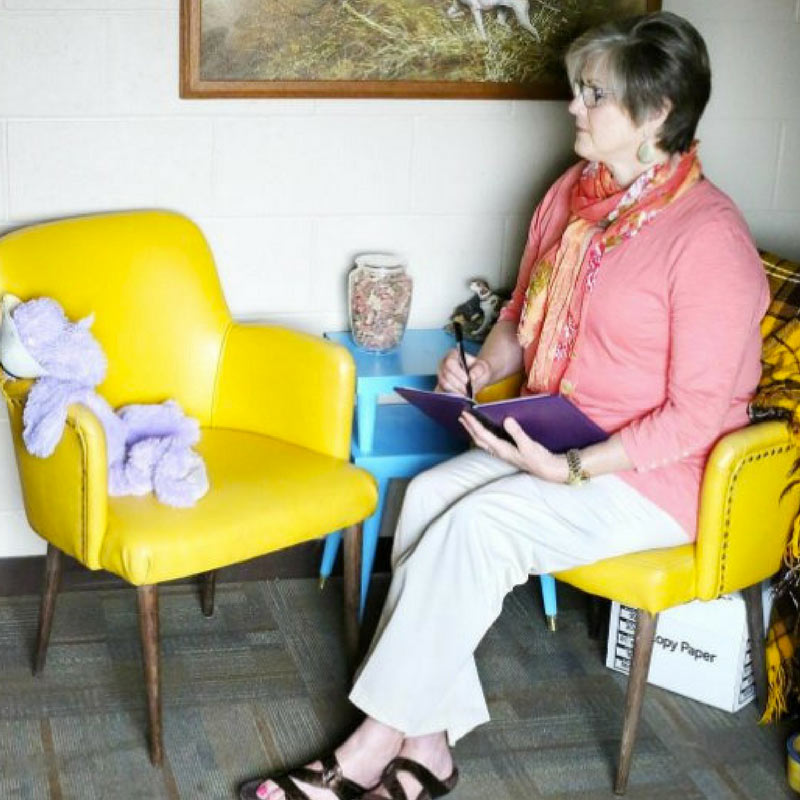 “Hank met with his Humane Officer-appointed Attorney this morning to discuss the allegations of Hippossault,” the shelter wrote. “Although no formal charges have been filed, there are no other suspects at this time. His attorney has advised him to plead the 5th.”

As the pressure began to build and the heat was on Hank, protesters began showing their support. 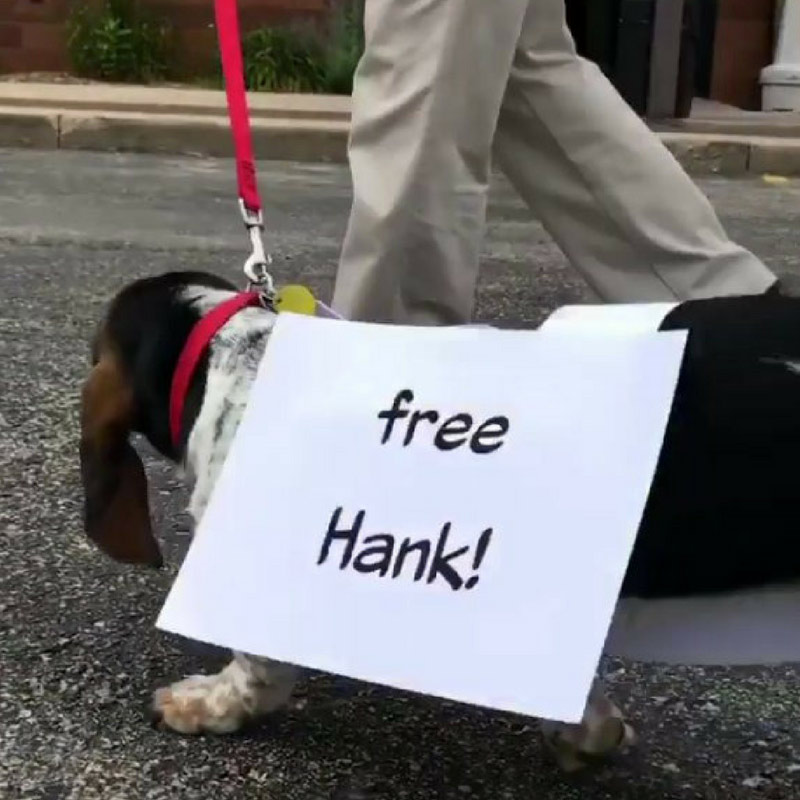 Chief Thomas of Appleton Police Department was brought in to investigate. Blue, a police puppy in training, was also present to check the scene of the crime. 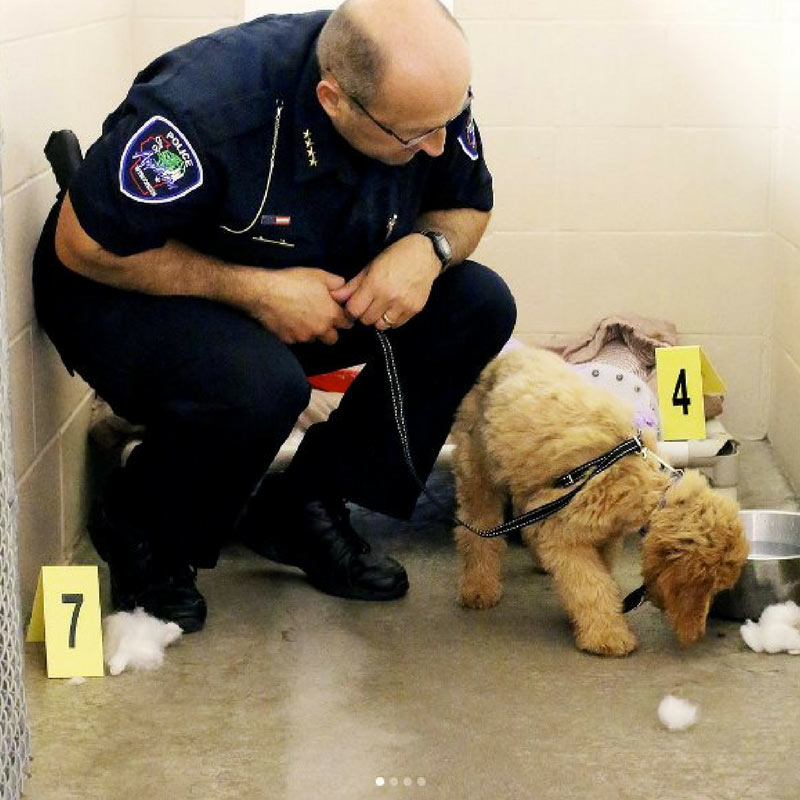 A tuft of Fuzzy Purple Hippo’s stuffing was found at the top corner of the kennel shared with Hank. This cracked open the case. 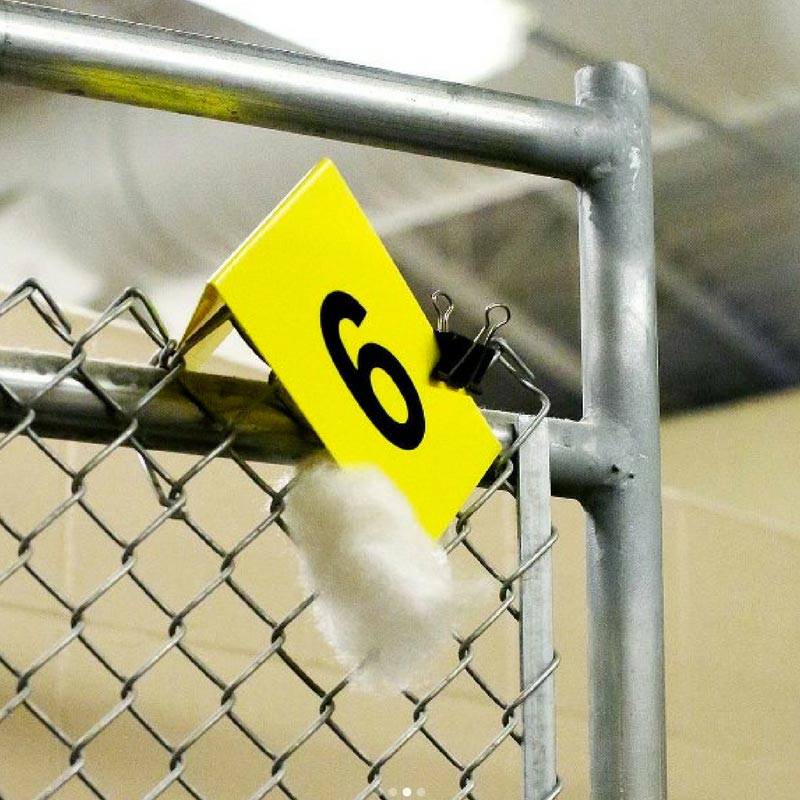 After much review and investigation, it was concluded that the stuffed animal had not been intentionally attacked. It seemed she had tried to escape the kennel to get treats for her and Hank! Fuzzy Purple Hippo got stuck on the corner of the door, causing Hank great horror at her condition. 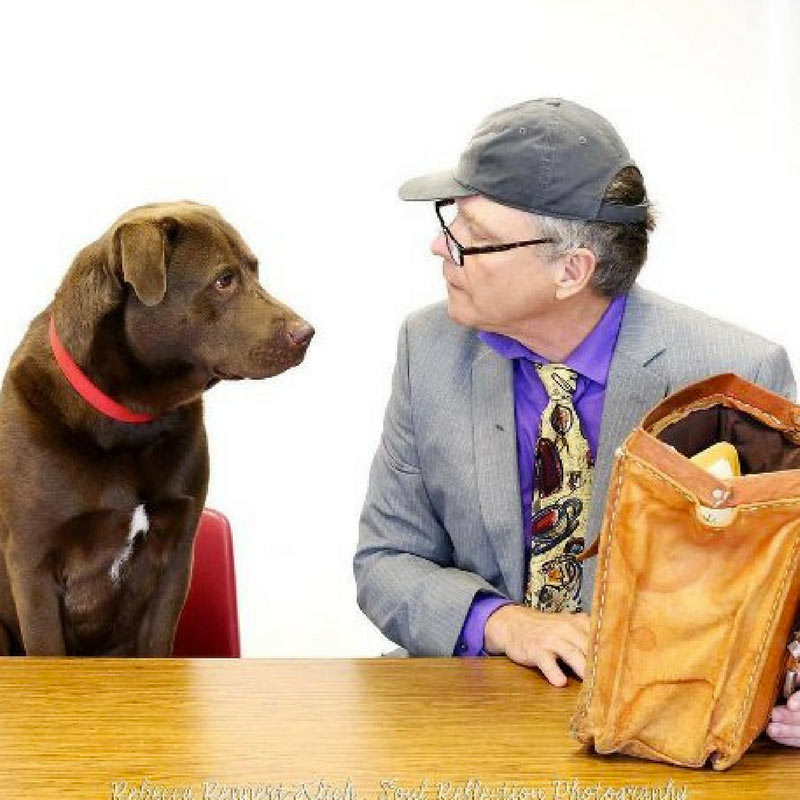 “His heart wrenching howl could be heard throughout the shelter as she struggled to free herself but could not. Hank slid his bed to the door, made a mountain of his blankets, and climbed atop it all until he could stretch high enough to rescue his damsel in distress,” the shelter surmised. “Hank cared for his princess throughout the night until the staff arrived and Dr. Laura could perform the life-saving surgery that she needed.”

Hank was exonerated and was then seen as a hero.

Because of the attention this story brought to the shelter, Hank and his toy were able to find a forever home.

“Now that the case has been closed, Hank has been cleared, and the Fuzzy Purple Hippo has made a full recovery, they are free to go….and we are thrilled to announce that they have just been released into the custody of a new family!!! Yes, they’ve been adopted!!” 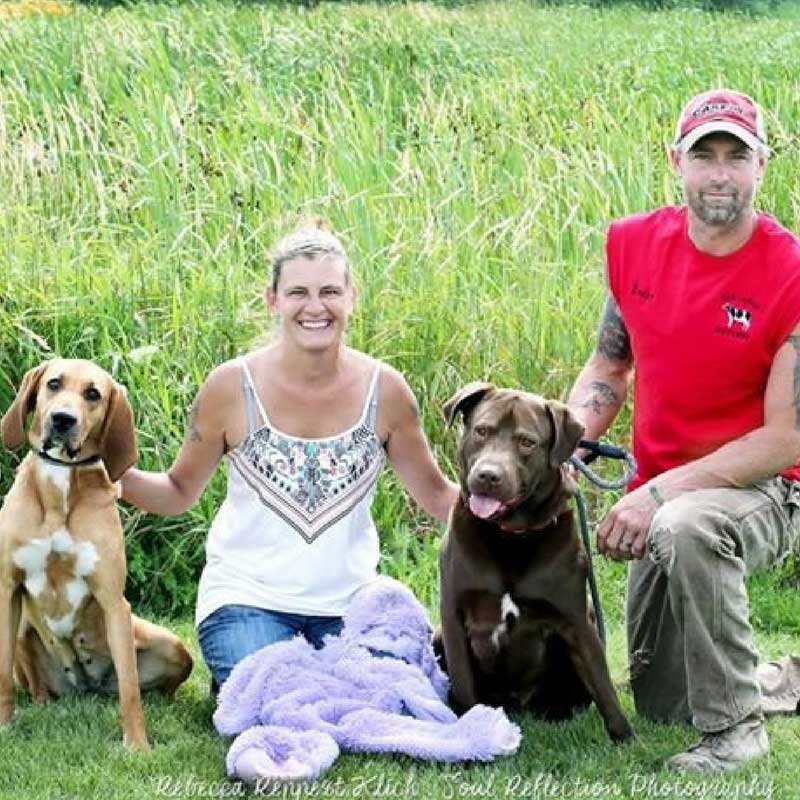 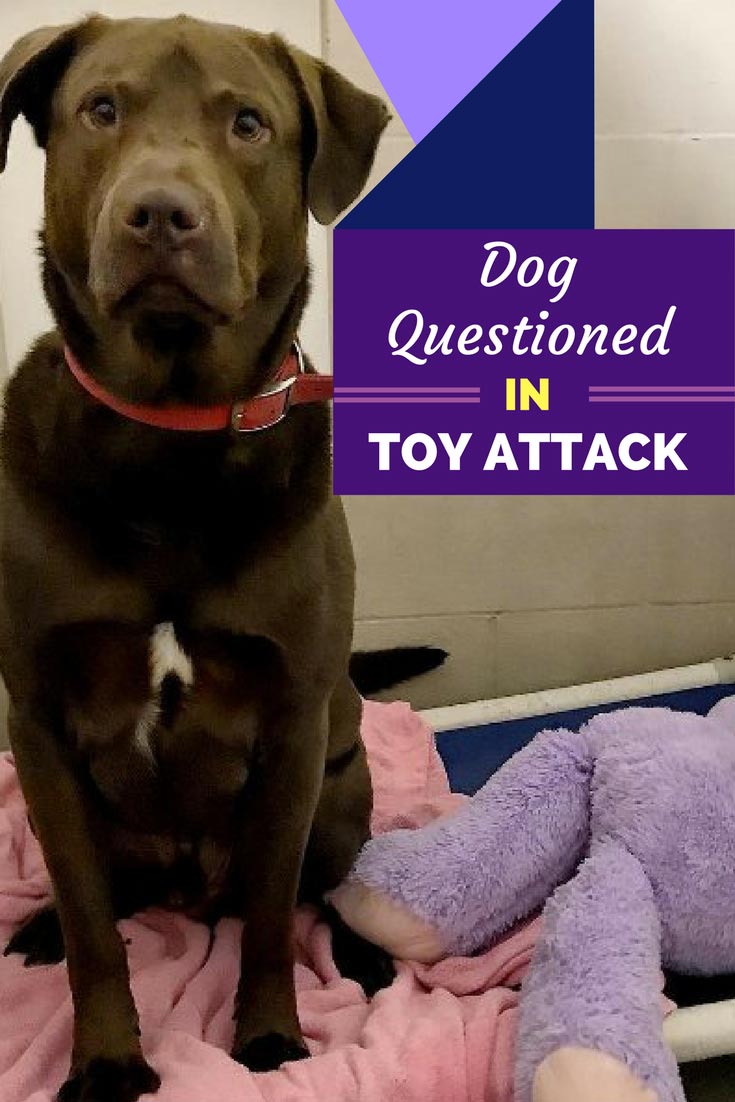 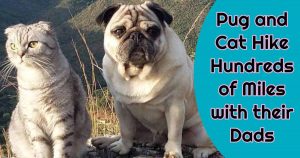 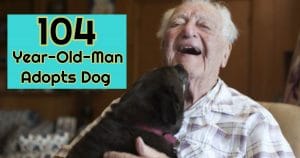 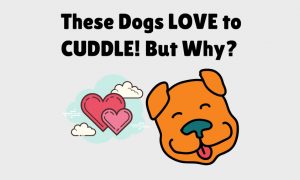