A pigeon and a rabbit were rescued and sought comfort from each other. 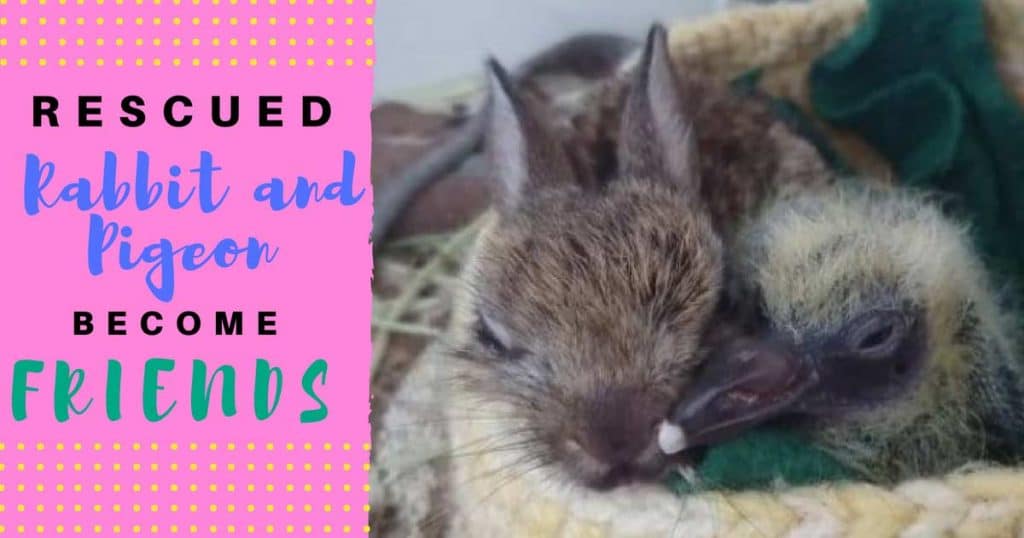 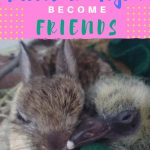 In Ireland, a pigeon and a rabbit were each individually rescued by the Kildare Animal Foundation Wildlife Unit. The two instantly found common ground, and began to bond with each other. Their friendship began to grow right from the start.

The rabbit was very young when he was rescued – so young that his umbilical cord was still attached. While he was very weak, and many did not expect to see him survive, the rabbit pushed through and persevered.

Less than two weeks later, the foundation found out about a pigeon’s nest desperately in need of assistance. In the nest, a chick was helpless. With the chick sat an unfortunate egg that was unable to survive. By some miracle, the chick was mostly unharmed when the nest fell.

When rescuers took in the chick, the rabbit still needed use of the incubator. In order to combat this issue, the rescuers decided to create a miniature wall to divide the two animals.

Very quickly the two rescued animals tore down their diving wall, and sought solace in each other.

The two find comfort and companionship in each other.

At the Kildare Animal Foundation Wildlife Unit, they decided to name the rabbit Bunny and the pigeon Pidg.

Together, the two feel invincible. Together they grow and prosper.

When the two are well, they will be able to go back into their natural habitats, however, in the meantime they can be friends and cherish each other through this challenging time. 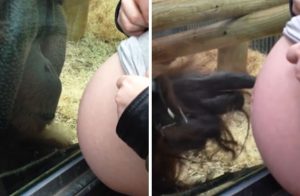