One wild hermit crab got the chance of a lifetime when an Australian family kindly gave him a new shell for a home. 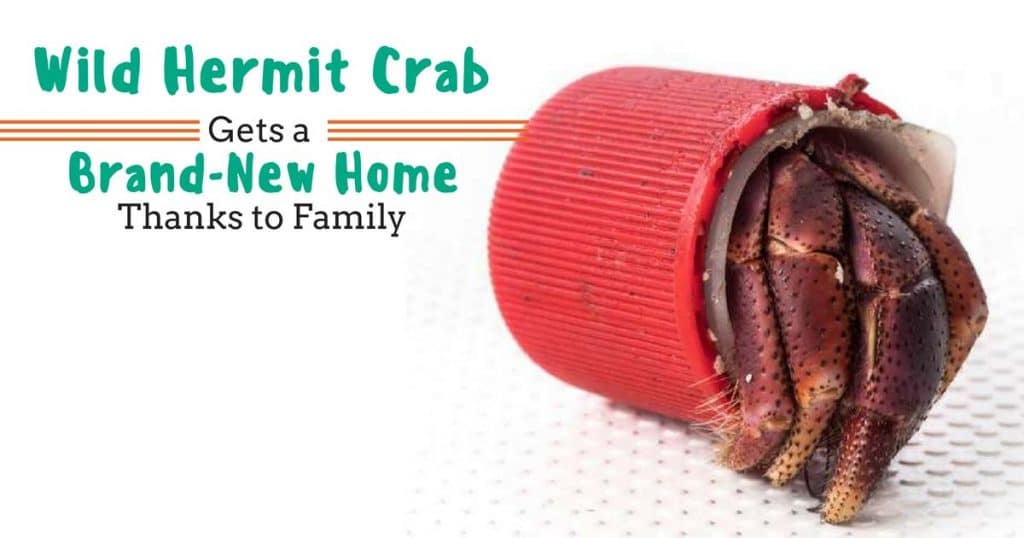 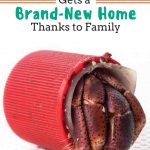 Andy Corbe, his wife, and two daughters lived on their sailboat for almost a year in 2014. Andy and his wife wanted his children to appreciate nature and the world around them.

“We’d been running the rat race hard and felt we just wanted to show our kids what life should really be about: exploring our amazing planet. We live on board for most the year, just taking hurricane season off,” Andy shared with the Dodo.

The family visited Belize and stumbled upon a tiny island called Moho Caye. The island is only about 8 acres and has a caretaker that lives there full time. The beach appeared pristine… until the family walked to the other side of the island.

So much trash had accumulated that the island looked like a landfill. On another nearby island, South Water Caye, Andy and his family met a hermit crab in an unnatural home: the hermit crab was in a bright red plastic bottle cap.

“He just came scuttling across our path,” Andy said.

The family couldn’t just walk away from a hermit crab who clearly needed help. “We took him back to the boat and presented him with our shell collection to find a more suitable home before returning him back to the beach,” Andy said.

It may have been a small act, but the family changed this little creatures life forever.

“It was a symbolic gesture. There’s that beautiful saying, ‘Saving one animal won’t save the world but it will change the world for that one animal.’ And that is something we have taught our kids,” Andy shared.

The families discovery also came with some hard truths about our plastic pollution. “Many marine animals and especially sea birds are literally starving to death because their stomachs are full of plastic,” Andy said.

Andy hopes that by sharing the story of the hermit crab found in a red plastic bottle cap, people will start to rethink their use of single use plastics. “If every person took some responsibility for the wrongs they see on the planet and take action to make them right then we would be far better off,” Andy said.

Cutting back on single-use plastics can be as simple as investing in a reusable grocery bag or bringing a stainless steel or glass straw with you when dining out. Little acts add up to make a huge difference for the health of our planet and its inhabitants!