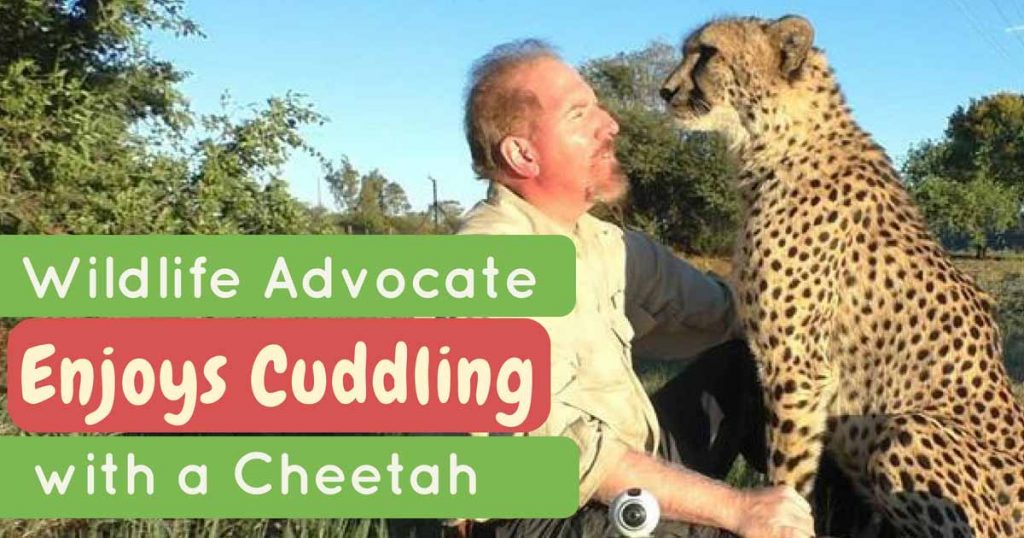 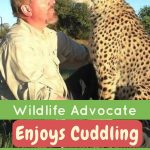 Dolph C. Volker has always loved animals. Armed with a Zoology degree, Dolph spends his free time as an advocate and volunteer for The Cheetah Experience in South Africa.

Although Dolph works fulltime in the United States, he saves up money and time to ensure he can visit this wonderful sanctuary.

When Dolph first began volunteering for The Cheetah Experience, he was a little wary of being so close to the cheetahs.

Dolph’s Paradise: The Garden of Eden

One day, three-year-old Eden, approached Dolph while he was napping under a tree. After checking him out, Eden chose to snuggle up to Dolph.

A long cuddle underneath a shady tree has now become a regular activity for Dolph and Eden.

Dolph told The Animal Channel, “True to Eden’s nature, she warmed up to me in days and ended up really liking me, so much so that I was able to trust her completely. The more she felt comfortable with me, the more she treated me just like another Cheetah which included the grooming, nibbling, biting, pacifying, purring, laying on me, and sleeping… cuddling up close to me. I’m amazed at how much more interactive and affectionate Cheetahs are compared to the average domesticated cat.”

The Cheetah Whisperer is Born

Dolph’s YouTube channel is chock-full of videos with Eden and other cheetahs at the sanctuary.

During his many cheetah cuddle sessions, you can hear the intense purring of the happy cats. They love to lick, nibble, and even bite at him. Dolph admits that these cuddle sessions can actually be quite painful. Cheetah tongues are extremely coarse and at any moment they stop purring, they could bite at you. Despite this, he indulges his sweet cheetah companions.

Dolph has even adopted his own five-year-old cheetah, Gabriel and has hopes to open up his own nonprofit breeding center for cheetahs.

Dolph tells The Animal Channel, “[Gabriel] is the first member of my cheetah family to become a part of my breeding project. He is my foundation animal. I’ve known Gabriel since he was eight months old and we hit it off from week one. He will be five years old Aug of 2018. I have special plans for Gabriel and those that follow him to live a life close to freedom as possible and show them what it is like to be a cheetah.”

Seeing is believing; you will have to take a look at Dolph’s YouTube channel to truly understand how precious these moments are. Be sure to also check out The Cheetah Whisperer Facebook and share!