He truly is a Gentle Giant. 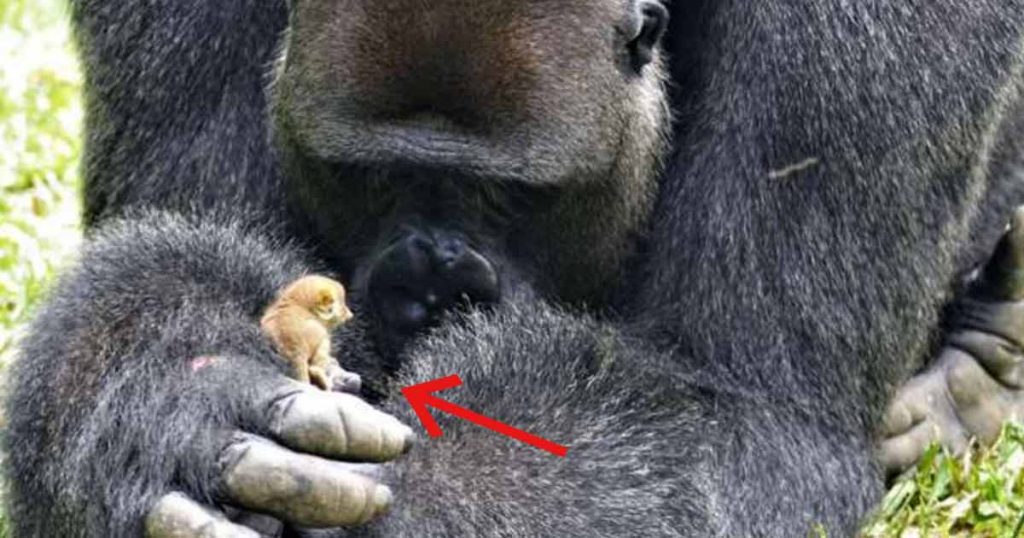 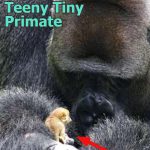 Ape Action Africa’s Mefou Primate Sanctuary houses and cares for over 300 rescued wild animals. They are brought into the sanctuary due to hunting and habitat threats.

The facility requires a lot of hands-on work. The caregivers must check on the animals frequently.

Bobo was brought into the sanctuary in 1994 as a small, 2-year-old gorilla after his mother had been killed by poachers. Many years later, he is now the huge leader of his group.

Despite his dominant status within his group, he is, surprisingly, a gentle giant.

One day, when a caregiver went to check on Bobo, a Silverback Gorilla, and his group, they noticed something astounding!

Bobo had found a small, wild bushbaby and was cradling it.

“Our silverback gorilla Bobo made a surprising new friend this week — a wild bush baby!” Ape Action Africa wrote on Facebook. “Caregivers discovered him cradling the tiny primate during their morning checks, and were amazed to see him handling it with the utmost care – proving that gorillas really are the gentle giants of the forest.”

Elissa O’Sullivan, a spokesperson for Ape Action Africa, explained that the bushbaby had likely already been living in Bobo’s enclosure. “The bush baby showed no fear of Bobo — moving around his body and spending time hopping around in an open grassy area, before choosing to return to Bobo,” she told The Dodo.

Just like a group of little kids, soon enough, the other gorillas were curious about Bobo’s new friend. Bobo was nice enough to let his friends look at the bushbaby, but he did not let them hold it.

The sanctuary’s Facebook post went on to say, “Bobo’s group-mates were desperately curious, particularly his favorite female Avishag, but he kept them all at a distance, making sure that no one disturbed his new friend. Bushbabies are usually nocturnal so it is very rare to see one, and even rarer to witness this kind of interaction. The little bushbaby was happy to play in Bobo’s arms, hopping off to explore the grass nearby, before returning to Bobo’s hand.”

After 2 hours, Bobo knew to return the bushbaby to its home. “When the game was over, Bobo walked purposefully off on two legs to deliver his friend safely back into the trees.”

To support the sanctuary and its amazing animals like Bobo, visit their website and make a donation.