With a chill in the air and the new freedom to follow her own schedule, she’s already dug up two dens! 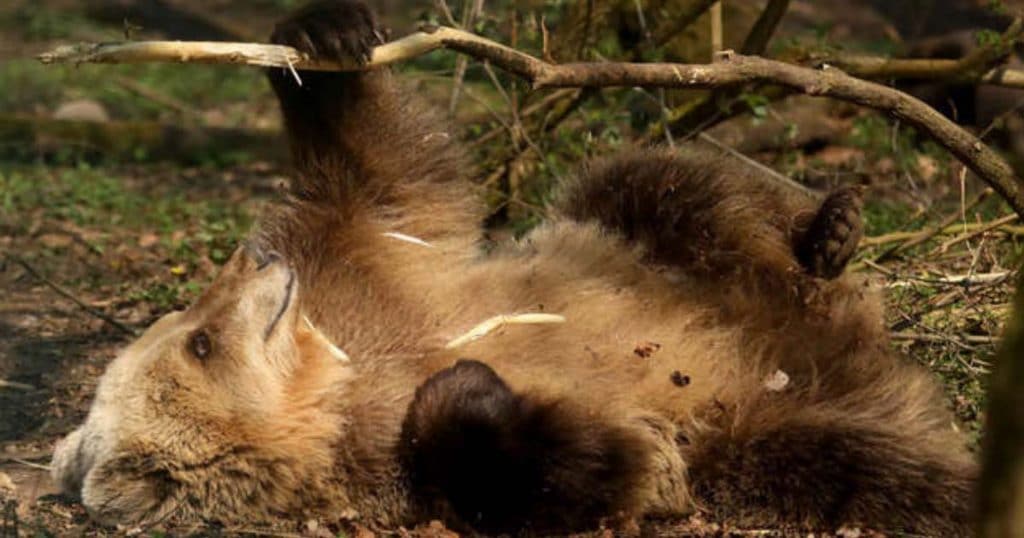 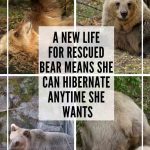 Luna is one very enthusiastic bear. If the world held a bears-only award ceremony, she would take home gold for being the “Most Ready for Hibernation.” This year, she’s jumping headfirst into all of her bear-ly duties.

So what duties does a bear have? When it’s toasty outside, Luna makes sure to cool off by spending her time in the local ponds. And what about when that ripe chill of winter enters the air? Luna knows it’s time to get ready for hibernation.

Luna hasn’t always lived the good life. For her first three years – when she was only a cub – she lived without the comforts that a wild bear cub should have. As a youngster, she was most likely stolen from her home after poachers killed her mother. Poachers unfortunately see tiny cubs as objects from which to profit, so they rip them away from their homes and sell them to business owners.

Poor Luna was sold to an amusement park. “Luna lived a horrible life at the amusement park in southern Albania for about three years, before we could rescue her in 2016,” Jeta Lepaja, a spokesperson for the organization that runs Luna’s new home, Bear Sanctuary Muritz.

And now, she’s making up for lost time! This rescue bear enjoys freedom and choices that she never experienced before, thanks to her friendly sanctuary that is located in Germany and supported by Four Paws International.

Now that she is no longer being scrutinized and treated as an entertainment object, Luna gets to choose how to entertain herself. That means attending to all of those animal instincts. Recently, when a chill came into the air, Luna went on hyper-drive and dug herself two dens.

And she did it in record speed. With something as important as hibernation, this young bear didn’t waste any time.

If Luna had still been at the amusement park, she wouldn’t have been able to dig these dens and follow her biological instincts. She is now taking full advantage of her freedom. Last year, Luna also dug herself a nice den and seemed to enjoy the fruits of her labor, based on her enthusiasm in prepping not one, but two dens for this year’s winter!

And it doesn’t seem like Luna is taking anything for granted – these photos show her admiring her handy work and it even looks like she’s smiling in appreciation for her new life.

And with several months ahead of just napping and enjoying some peace and quiet, why wouldn’t she be grinning?