Two large Brown bears spent 10 years in a small cage, serving as a tourist attraction for restaurant-goers in Armenia. 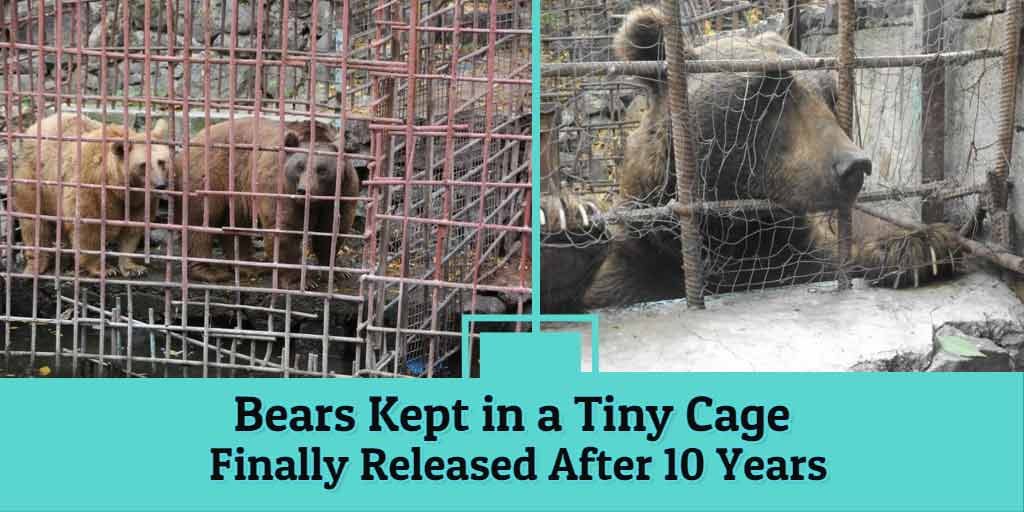 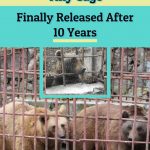 Misha and Dasha spent their days pacing around their tiny cage. For entertainment or perhaps in search of a way out, the two often climbed up the metal cage. They were not given tools for amusement and relied heavily on the scraps of restaurant guests for food.

To make matters worse, as their cage was situated along a riverbank, it was often submerged in river water. At one point in time, the river flooded, and the bears were at risk of drowning.

For years, International Animal Rescue (IAR) tried to save these two bears.

Finally, in November 2017, IAR and the Foundation for the Preservation of Wildlife and Cultural Assets (FPWC) were able to convince the restaurant owners to release the bears to their care.

On the day of their rescue, the two bears were sedated and the metal bars of their cage were cut. They were transported to their new, mountainside sanctuary where they were given all the fruits, veggies, nuts and honey to help them gain weight before the winter.

As expected, winter came, and Misha and Dasha went into hibernation.

In an interview with The Dodo, Lis Key, PR and communications manager for IAR, stated “IAR and FPWC will work to make it [their sanctuary] everything they deserve after so many years of misery. They will be treated with compassion and respect and given the environment and the freedom to behave like bears, not as objects for people to gawp at.”

In Spring 2018, the two bears emerged from their hibernation with two new members of their family! Dasha had given birth to two healthy young cubs. No one had known that Dasha was pregnant when she was freed from her captivity many months back.

“Now, seeing her with her two little cubs is simply beautiful. It is so moving to reflect on her miserable life behind bars and then look at her now — a natural mother caring for her cubs, protecting them fiercely from the outside world,” Vicky Mkrtchyan, environmental projects coordinator for FPWC, told The Dodo.

Despite Misha and Dasha’s happy ending, the truth is, many bears still suffer in Armenia. It’s estimated that about 80 bears are being kept in comparable conditions as “tourist attractions” at restaurants, bus stations, and factories throughout the country.

“I have seen for myself the conditions these bears are living in and they are nothing short of appalling,” Alan Knight, chief executive for IAR, said in a statement to The Dodo. “Some have been living for years in cramped, barren cages, surviving only on scraps and filthy, stagnant water. Many of them relieve their boredom and frustration by pacing endlessly to and fro, banging their heads against the walls or climbing up the bars, searching frantically for an escape route. These beautiful creatures have been robbed of their dignity and their freedom. It is absolutely sickening.”

Thankfully, IAR has plans to free many more bears in Armenia as a part of their project The Great Bear Rescue. To support this operation, please make a donation to IAR and be sure to share with family & friends.