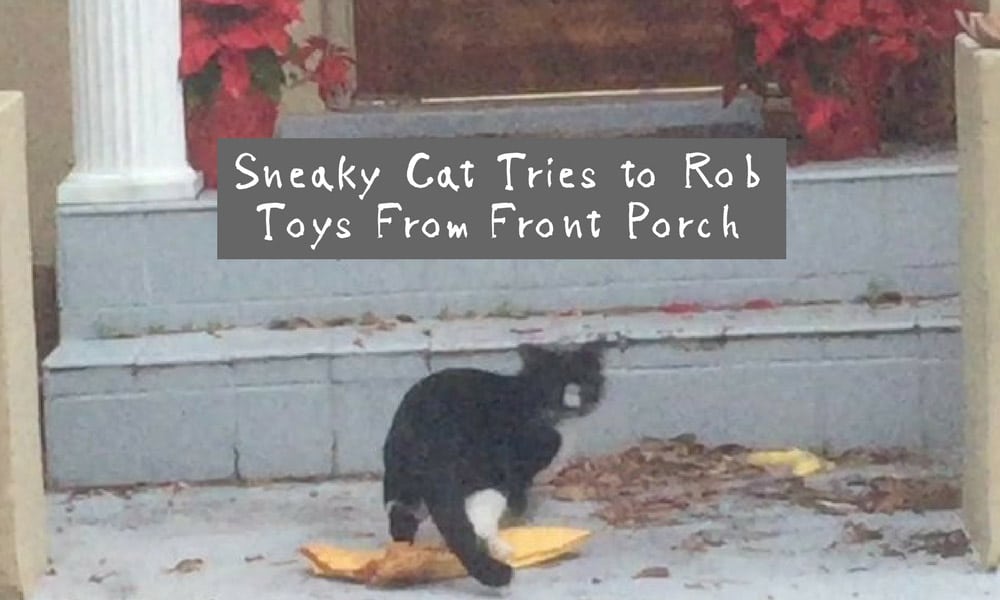 While package theft is a common issue in the US, many thieves do not get busted – except for this one. 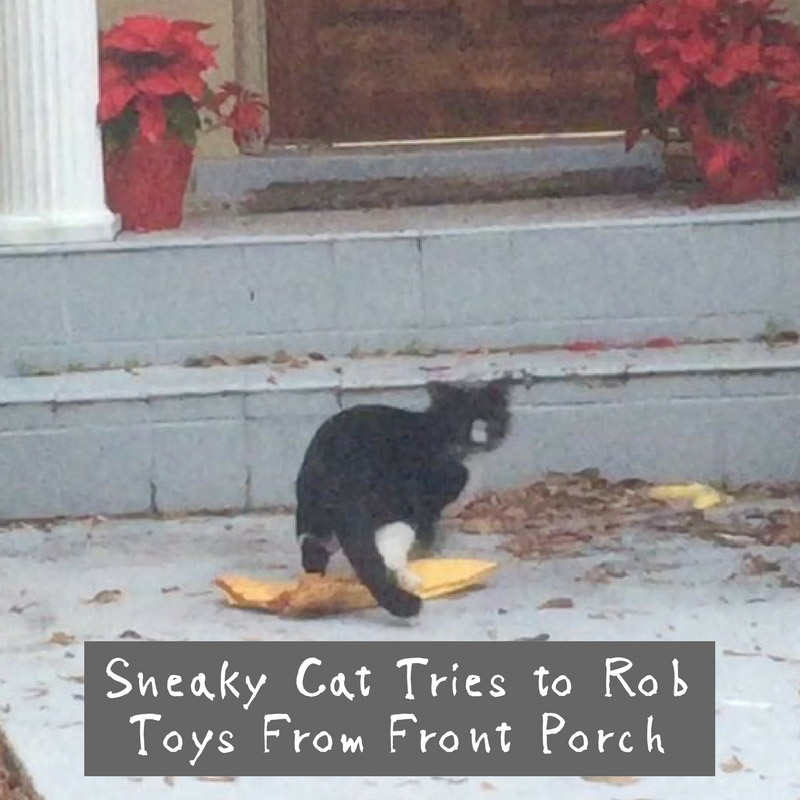 This robber was caught on camera and looked a little different than you might expect.

When Kristin Beck drove up to her home in St. Petersburg, she witnessed a crime in process.

Beck was expecting a delivery of two banana-shaped catnip toys. She had ordered them online for her two cats.

The local black-and-white cat decided these banana toys were his now.

“Out of the corner of my eye I could see the package being ripped at by the cat,” Beck told The Dodo. “The culprit was on my front porch with one of the bananas already out of the package, and he was going to town on the Amazon bag. I was the victim of an attempted cat burglar.”

Beck recorded the incident on her phone.

Once the cat realized he had been caught, he wandered away – clearly feeling no guilt for his theft.

While the banana toys were unscathed, if Beck had been a little later, the toys would have been gone for good.

“My indoor kitty watched from the window in horror,” Beck said.

It is alleged that both cats witnessed the event – completely unable to stop the black-and-white cat from stealing their precious toys.

Despite the banana toys being temporarily touched by the thieving cat, Beck’s cats. Napa and Vino, seemed to enjoy their new toys quite a bit.

While the black-and-white cat tried to steal from Beck, she has no hard feelings. The cat has never called issue before.

“There are no hard feelings against the little cat burglar,” Beck said. “It’s the holidays and I’m glad he got to enjoy some treats, if only for a little while. Not to mention I have not laughed that hard in a really long time.” 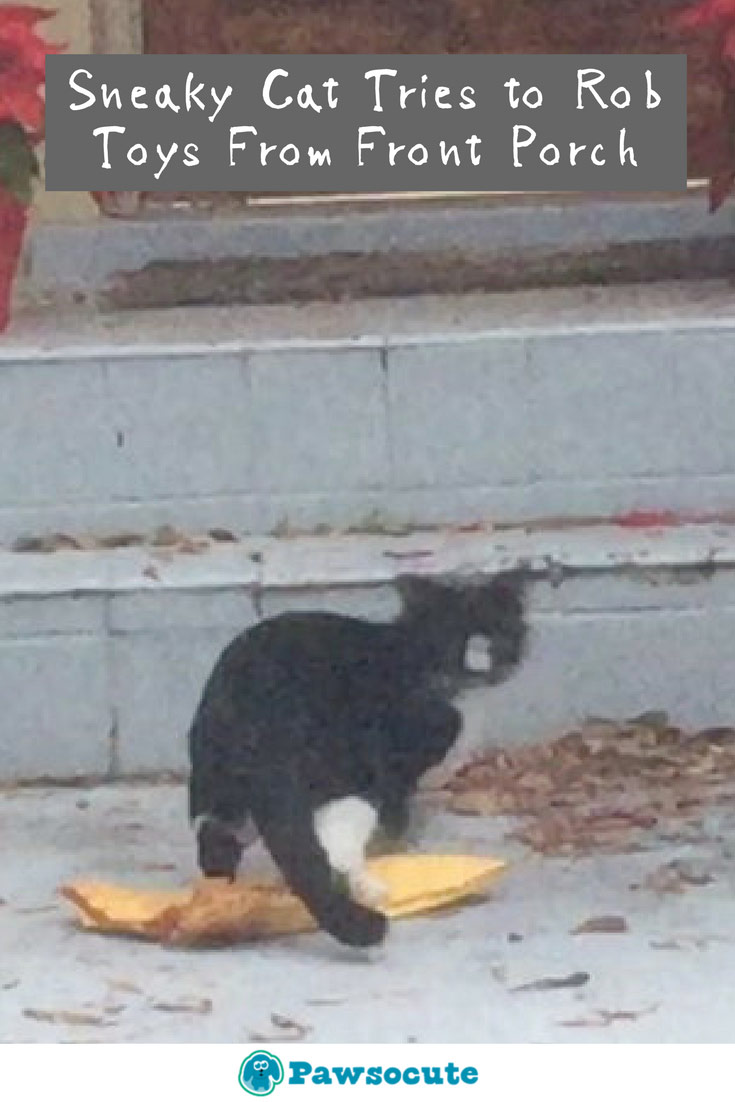