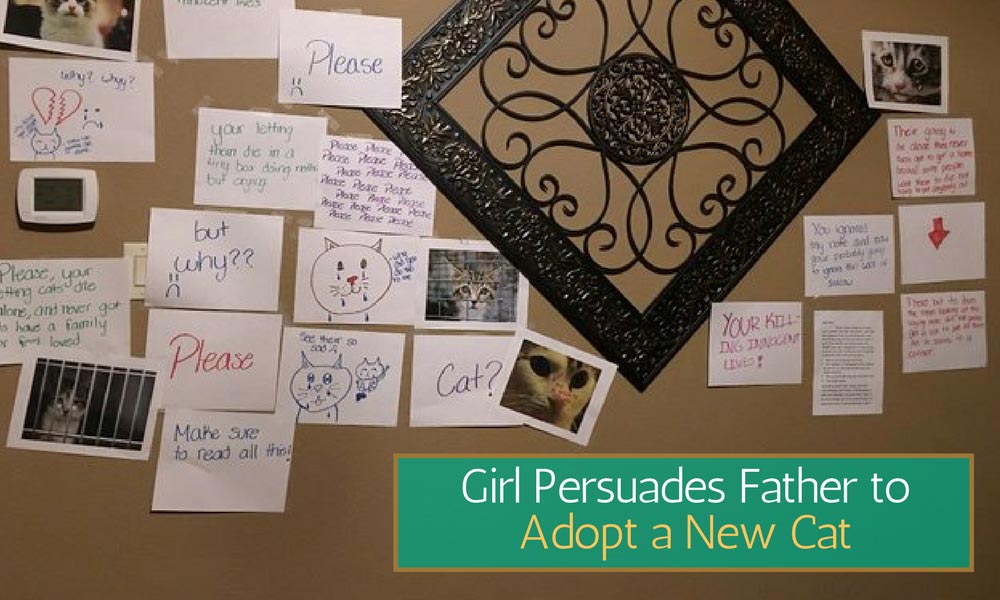 Losing a pet is incredibly difficult – and bringing in a new furry family member can be just as hard. 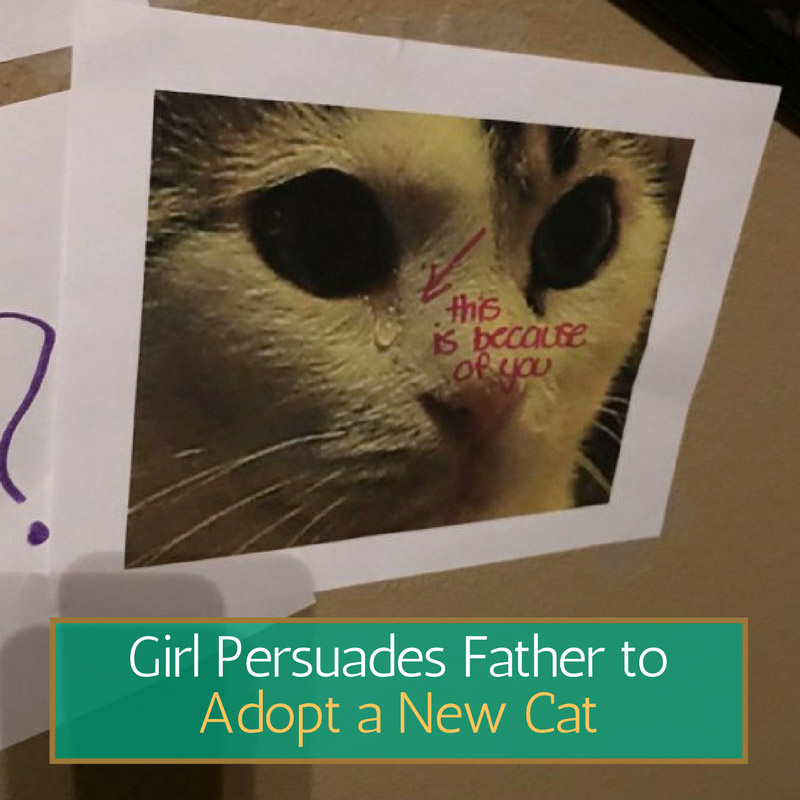 When Danielle Grubisic and her family lost their 19-year-old cat two years ago, it was a tragedy. For Danielle’s younger sister, Peyton, this loss hit especially hard.

“My sister had been heartbroken ever since and been begging my dad to get another cat,” Danielle told The Dodo.

As Peyton begged, it seemed to make no difference. She decided a new approach was needed.

Instead of focusing on the joy she would feel with a new cat, Peyton opted to highlight the good adopting a shelter cat can be.

Peyton created a  “wall of sorrow”. The wall contains notes all working to get her dad’s attention and tug at his emotions.

While Peyton’s dad wasn’t sure if the family was ready for another pet, his daughter’s notes convinced him that may not be the case.

“He eventually caved and they rescued a cat from a local shelter,” Danielle said. “The cat was actually one of the oldest residents there, being almost 2 years old.”

And just like that, Mittens, their new cat, had a home of her own!

While dad was uncertain at first, Mittens has proven to be a perfect fit for the family.

“She loves our house, and the family loves her!” Danielle said. “It’s definitely a happier environment in the house.”

Dad and Mitten have even grown close.

“It’s all because of Peyton. She had the persistence for it,” Danielle’s father told The Dodo, saying also:

“Mittens is a sweet cat.” 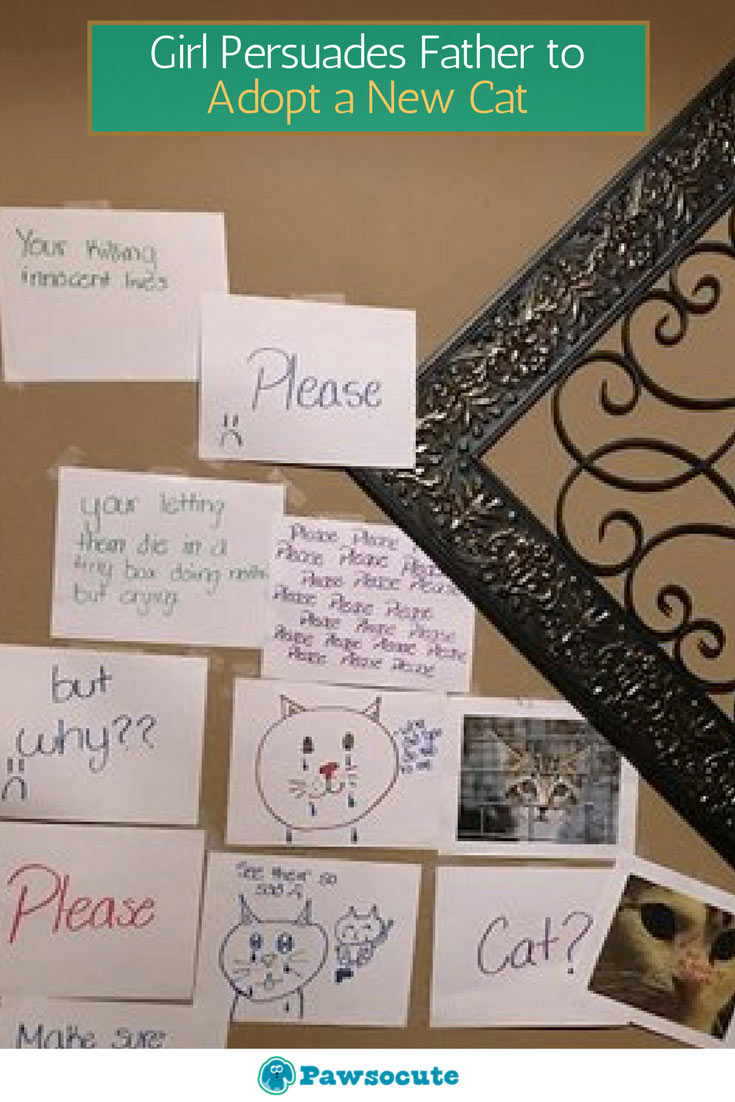