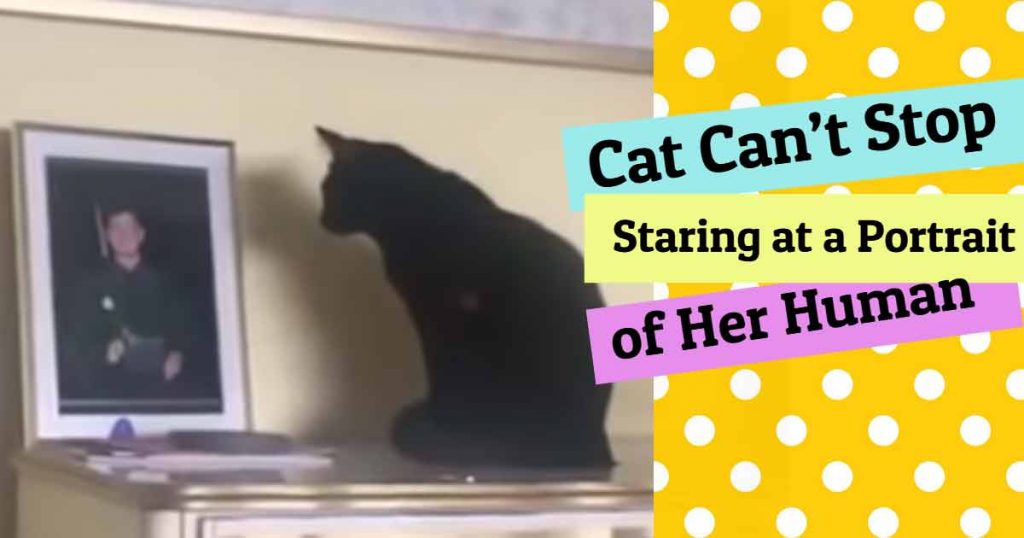 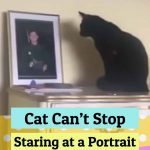 That’s right; a cat from Ohio is making her grievances quite obvious after her owner (and favorite human) left for the U.S. Navy.

Two Unlikely Friends Find Each Other

Max Nimrichter, 19, rescued the little black cat from a local shelter about 6 months before leaving for boot camp.

He instantly fell in-love with the kitten and found himself unable to leave her behind. Plus, he knew that his mother, Erin, would be lonely after his leaving.

Yuuki Was Given A Very Special Name

Max brought her home and named his new pet, Yuuki, after Yuuki Matthews of his favorite band, “The Shins.” There was a strong bond that formed between the two.

An Endearing Friendship Blossomed for Life

“Max has always felt connections to any animals he was around,” Erin said in an interview with The Dodo. “He’s a sweetheart.”

In the days leading up to Max’s leaving, he spent every day with Yuuki. They were often found cuddling, playing, and napping together. It was a match made in heaven.

Can you imagine anything more precious?

Unfortunately, it came time for Max to leave for boot camp. He gave Yuuki a hug good-bye. They both parted ways with heavy hearts.

Yuuki had a difficult time accepting that her best friend was gone. Friends and family say that she eventually learned to move on and understood that he wasn’t coming home any time soon.

Until This One Crazy Thing Happened

Over the months that ensued, Erin began to notice something very peculiar about Yuuki in her son’s absence. The wonderful cat seemed to be staring forlornly at a portrait of Max.

“She does it often,” she said. “I used to think it was a fluke…the reflection or light bouncing off…but now it’s just too often.”

Max’s Mom Was Sure to Test Her Theory

In fact, Erin and Yuuki moved into a new home; therefore, the picture was placed in a much different location. Erin was astonished when the cat relocated it and began staring lovingly at it again.

Staring at Her Human’s Photo Is A Daily Occurrence

Yuuki is often found sitting in front of the framed photo of her favorite human, Max. It even seems to bring her solace.
“She just sits there, stares and meows and then lays down next to the picture to nap,” Erin said. “I know for sure she misses him.”

Their Story Has Touched Thousands of Hearts

Video evidence of this amazing bond between man and cat was captured by Erin last week before going viral across the web to animal lovers like you.

“My son worries that she won’t remember him,” Nimrichter said. “It gives me comfort knowing she does, and it’s nice to have proof to show him.”

Yuuki Is in for The Biggest Surprise Yet

What’s even sweeter is that Max and Yuuki will be able to reunite very soon. Erin is going to travel to her son in a few weeks, and she will be bringing Yuuki with her, as well.

Stay Up-to-Date on Latest in Max and Yuuki News

It’s one we won’t miss! For updates on this story, and stories like it, sign-up for our newsletter below. We keep track of the most heartwarming stories on the web, and bring them to your inbox every day.