Squinty was always a lover, so it did not shock Elly Zupko when he began cuddling on her pregnant tummy. 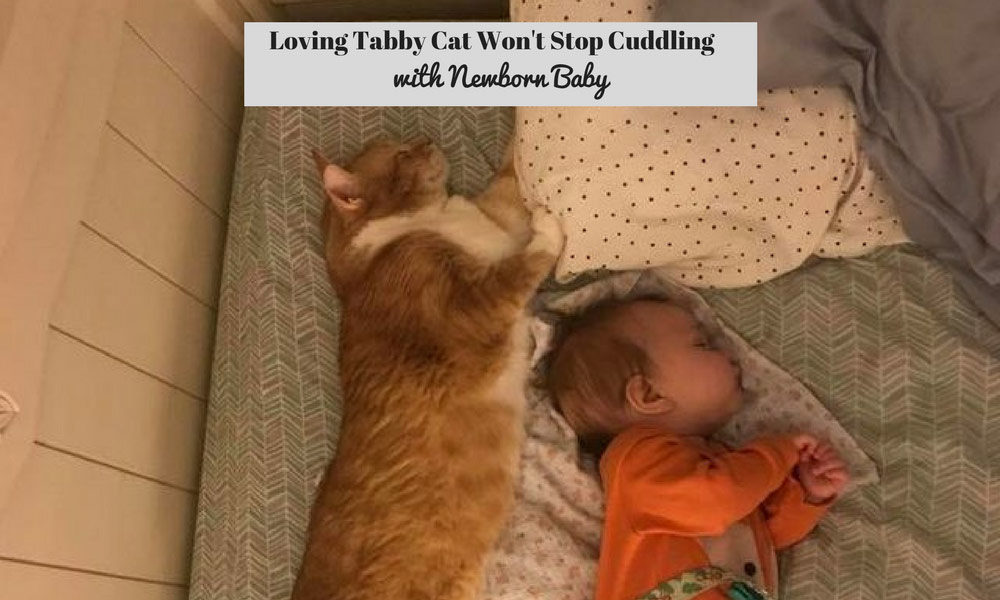 “I think he enjoyed the warmth I was putting off, and my big cuddly belly,” Zupko told The Dodo. “He must have known something was changing, because we turned our home office into a nursery, but I don’t think he knew what to expect.”

In 2003, Zupko rescued Squinty after he was surrendered by his previous owners.

“His family had surrendered him to be put down at a vet hospital where my then-boyfriend worked, because they couldn’t afford surgery he needed on his hip,” Zupko said. “My boyfriend said ‘Mango’ was the coolest cat he’d ever met, and that was something coming from a professional veterinary technician who interacted with cats every day. We agreed to pay for the surgery in installments taken out of my [boyfriend’s] paycheck to save Mango from being put down, and he moved in with me.”

Once his hip healed, Squinty was a fully functioning cat!

“He’s fully mobile, but he has to take stairs one at a time,” Zupko said. “You’d hardly know he has anything wrong. We also realized a few years ago that he is deaf. It’s difficult to figure out a cat is deaf! For a long time, we just thought he was aloof and a deep sleeper. Turns out he couldn’t hear us.”

Zupko changed Mango’s name to Steve but then began calling him Squinty, as he would sweetly squint at people.

“Squinty has been in my life for almost 15 years,” Zupko said. “He’s been with me through six moves. Over that time, he’s been roommates at various times with seven different humans, five other cats [and] two dogs. He now lives with my husband and me, our other cat Trova and our dog Fibber.”

When Zupko had a baby, Willow, many people were concerned about Squinty or Trova being near the baby.

“Plenty of superstitious family friends and relatives warned me that I had to be careful not to let the cats near the baby because they would ‘steal her breath,’” Zupko said. “I never worried about that myth, but I had typical new-mom worries that the cats would get into the baby’s bassinet and disturb her sleeping, or accidentally scratch her. After all, a bassinet is basically a big soft box and everyone knows what cats do with boxes. Squinty actually really liked to get into the crib, because he could look out through the slats and watch the dog, while feeling safe.”

When Squinty met Willow, Zupko realized there would be no cause for concern.

“I held Willow and let the cats come up and sniff her at their own pace,” Zupko said. “My other cat Trova had no interest in her whatsoever, and still doesn’t. I think he’s jealous, because he used to be the ‘baby’ of the family. Squinty immediately wanted to be near her.”

Zupko was a bit surprised, as she had anticipated Squinty to be jealous like Trova.

“He’s actually kind of a bully to our other cat and our dog,” Zupko said. “I assumed he would see a baby as another ‘pet’ because she is small. I assumed he would probably be aloof or indifferent toward her. But he seems to have recognized her as a human.”

Squinty loves to cuddle with Willow whenever she can.

“Squinty started lying next to Willow from the first time I laid her next to me in my bed,” Zupko said. “But he really started truly spooning with her when I began breastfeeding her during the night in a side-lying position in bed, when she was about 10 days old. Squinty usually slept at the foot of my bed, but when he realized I had brought Willow into bed with me, he would immediately come up and spoon her as she nursed. It absolutely melted my heart.”

As a matter of fact, Squinty can’t go a day without snuggling up against Willow.

“When Willow wakes up in the mornings, I usually move her into bed with me to have some snuggle time before we start our day,” Zupko said. “Squinty almost always joins us. She’s dropped most of her night feedings at this point, but during growth spurts when I nurse her at night, Squinty almost always comes and spoons her.”

Sometimes, Squinty will sleep in the same position as Willow. It is too cute!

“It happens once in a while, but mostly he likes to be right up against her, often with his head laying on her,” Zupko said.

When Willow became curious and began getting grabby with Squinty, Zupko was concerned about aggression building. Fortunately, things were better than anyone could have expected.

“Squinty is so patient with her,” Zupko said. “She’s accidentally hit him when flailing her arms about, but he just quietly accepts it. He continues to sit calmly with her, whether he’s being bumped or grabbed. If she grabs too hard, sometimes he will use his paw to gently push her hand away. But I’ve never ever seen him get upset with her.”

Zupko is happy to say that she expects Squinty and Willow to continue their friendship. All the same, Zupko knows Squinty is an older cat.

“I love that he is close to her, and not jealous of the creature taking up my attention,” Zupko said. “But he’s an older cat, so it makes me sad to think that he may not be around when Willow is older and can more fully appreciate him and make memories with him.”

“Squinty was one of my first pets as an adult, and he will always be one of my greatest animal loves,” she added. “I love that Willow is able to be a part of his life.” 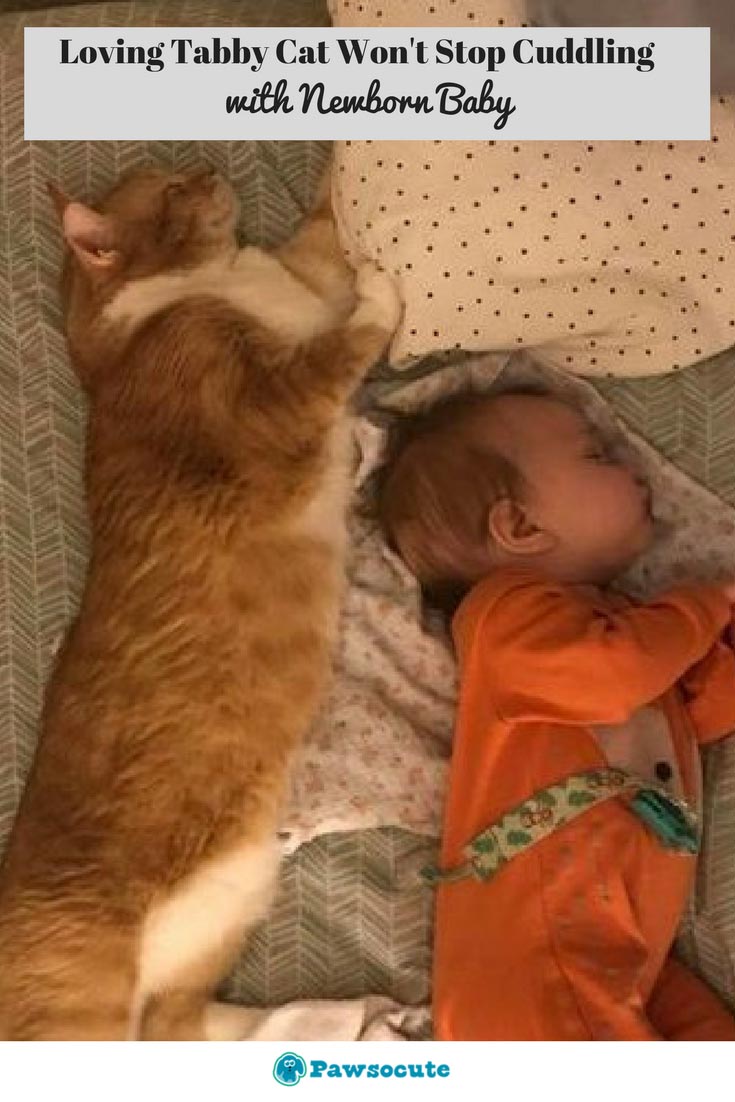